This is an important decision for Highway Authorities. Even before the pandemic, we had noticed a marked increase in claims by injured cyclists. Cycling has enjoyed a boom in popularity during the pandemic and we anticipate an appreciable spike in cycling (and e-scooter) claims against Local Authorities over the next 6-12 months.  Whilst the accident in this case pre-dates the pandemic, the issues raised are timely and in this article we consider how to approach the defence of similar claims.

The Claimant, Mr Nash, sustained life-changing injuries following a head on collison with a transit van which occurred whilst  he was cycling along a rural lane in Hertfordshire in March 2016. He claimed that as he approached a 90-degree bend in the road, a series of potholes on the inside of the bend prompted him to swerve to avoid them, forcing him into the path of an oncoming transit van.

Mr Nash issued proceedings in the High Court alleging that Hertfordshire County Council ("HCC") had failed as the relevant highway authority to discharge their absolute duty to maintain the public highway pursuant to S.41 Highways Act 1980 and that the breach caused his accident.

Mr Cooke, an experienced inspector employed by HCC's highways maintenance contractor, had performed the last scheduled driven safety inspection seven months earlier in August 2015.  At this inspection Mr Cooke identified one category 1 defect (a pothole of 40mm or more in depth) and two category 2 defects, both of which were described as "edge deterioration".  The category 1 defect was repaired within five days of Mr Cooke's inspection whereas the two category 2 defects (not regarded as requiring immediate repair) went into the defect pool to be considered for repair as part of any subsequent planned programme of works in the vicinity.  Both experts agreed that the edge deterioration noted at inspection was not the cause of the potholes present on the day of the accident.

HCC had categorised Mangrove Lane as a 4b local access road, set out in the Well Maintained Highways Code of Practice ("The Code"). As such, the road was inspected annually. The Code has no statutory force but is often relied upon by Highway Authorities and the courts as evidence of best practice.

Mr Nash argued that the road had been incorrectly categorised and should have fallen into the 4a link road category, and therefore inspected more frequently. Part of his case was that an outdoor activity centre had started to trade from 2015 and this has led to a substantial increase in traffic volumes, which in turn should have led to a review of the hierarchy and inspection frequency.

He also alleged that a category 2 defect (separate from those Mr Cooke had identified) below the intervention level of 40mm was present at the precise accident location but had been missed by Mr Cooke during his last scheduled inspection and that this should have been identified and placed in the category 2 pool of defects.

Mr Nash also claimed that the category 2 defect allegedly missed by Mr Cooke deteriorated during the seven months between the last scheduled inspection and the date of his accident, such that it presented as an actionable defect in March 2016. Furthermore, it was alleged that had the road been correctly categorised as a 4a link road, Mr Cooke would have carried out at least one further inspection prior to the accident date, identified a defect that was by then actionable and ordered a repair prior to the accident.

HCC argued that the sole cause of the accident was not the surface of the road but the riding of the bike by Mr Nash, who rode too fast and too wide around the corner. They  referred to the contemporaneous police report which noted Mr Nash saying – whilst he remained lucid – that he took the bend, "...too wide and too fast" without any reference to potholes.  On that basis, HCC argued that any breach of duty he might establish was not causative of the accident. If the Court took a contrary view, HCC maintained that they had a reasonable system of inspection and maintenance in place, that no actionable defects were present at the last scheduled inspection and that Mangrove Lane had been appropriately categorised as a 4b local access road.

The trial was heard remotely in the High Court using Microsoft Teams over seven days in November 2020.

(a) The Court had no reason to doubt Mr Cooke when he said on the day of his last scheduled inspection there were no recordable defects at the bend in question.

(b) The evidence of Mr Mike Hopwood, the Defendant's highways engineer, was preferred. Mr Hopwood told the Court that defects such as potholes could materialise within weeks or even days.   Mr Hopwood had also taken the trouble to attend site, unlike the Claimant's highways engineering expert,  and had worked as a highways inspector before becoming a full time expert engineer, which added weight to his expert opinion.

(c) The Court could not be satisfied that any of the potholes present on the date of the accident were deeper than HCC's intervention level of 40mm.  Walsh v Kirklees MBC [2019] EWHC 492 was relied upon and the comments of the Judge at first instance who noted:-

"There is in my judgment simply not enough reliable evidence of the dimensions or conditions of the pothole for me to say it is more likely than not that it represented a real source of danger…."

(d) Neither the Claimant's solicitor, who was a witness of fact, or the Claimant's wife,  used any measuring device (apart from their hands and other objects such as a mobile telephone) to assess the dimensions of the potholes when they carried out a post-accident site visit. Their estimates of depth were unreliable.

(e) On the balance of probabilities, the defects did not represent the sort of danger which a highway authority may reasonably be expected to guard against.

(f) Crucially, the Court was not satisfied that the Claimant's account of the accident mechanics was correct.  HHJ Lickley QC concluded that if the potholes had played any part in the Claimant's unfortunate accident, he would have mentioned that fact to PC Jacobs during the he time spent at the scene, the journey from the scene to hospital in London and then for a time within the hospital.

On this basis HHJ Lickley QC dismissed the claim finding that there was no breach of S.41 of the Highways Act 1980.  As the Claimant had failed to discharge his burden of proof and establish that the condition of the carriageway placed HCC in breach of their statutory duty under Section 41, it was not necessary for the Court to consider the Section 58 defence.  For completeness, however, HHJ Lickley QC noted that Mangrove Lane was correctly classified as a 4b local access road within the prevailing roads hierarchy.

In anticipation of an increase in claims brought by injured cyclists, this decision demonstrates that the courts are willing to take a forensic approach to all the components of a highways claim, even where, as in the current case, the Claimant suffered substantial injuries which might otherwise have prompted a decision to settle out of concern that a court may wish to find for such a Claimant.

Remember the causation defence. In a cycling case, always ask whether the condition of the carriageway was actually the cause of the accident. We should not always assume a breach is causative in a cycling claim, just as in any other claim. In this case the Claimant failed to establish breach of S. 41. If he had established a breach, he would not have proved that it was causative. It is important to focus on the duty owed, has it been breached and if so, has it caused the injury, loss and damage?

Other points to consider include:

Simon Johnson at DWF acted for HCC. If you have any concerns about the incidence of cycling claims or would like to discuss in more detail the defence of such claims, please do not hesitate to contact us. 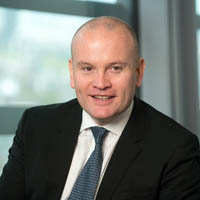