The doctrine of illegality protects the NHS but not solicitors.

On 30 October the Supreme Court handed down two judgments dealing with the complete defence of the doctrine of illegality (ex turpi causa for those who remember learning the Latin!).  In Ecila Henderson v Dorset Healthcare University NHS Foundation Trust [2020] UKCS 43 ('Henderson) the Supreme Court decided in favour of applying the defence, protecting the NHS from a requirement to pay out damages to a patient convicted of manslaughter by reason of diminished responsibility. In contrast, in Stoffel & Co. (Appellant) v Grondona (Respondent) [2020] UKSC 42 ('Stoffel') the defence was denied, enabling a client of negligent solicitors to bring a damages claim against them, even though that client had been party to the illegal activity of mortgage fraud.

The circumstances leading up to the crime are tragic; Ecila Henderson, a paranoid schizophrenic was living in the community under the care of Dorset Healthcare University NHS Foundation Trust when she turned on her mother on 25 August 2010, stabbing her 22 times and inflicting fatal injuries. The Trust admitted that their care for the patient was negligent, the deterioration in Ecila's mental health should have resulted in her being returned to hospital and had this occurred, her mother would not have been fatally wounded.

The Trust, however, disputed responsibility for any damages after the patient's criminal act deploying the defence of illegality.

The Supreme Court found that Henderson was not distinguishable from the leading authority of Gray v Thames Trains [2009] nor was the patient assisted by the case of Patel v Mirza [2016] involving a claim for unjust enrichment, in which the defence of illegality failed.

When considering the 'trio of considerations' that Patel requires it was relevant that:

Comparing the determination in Stoffel

This was a claim involving mortgage fraud by Stoffel & Co's client, Ms. Grondona. The fraud only became apparent when Ms. Grondona defaulted on the mortgage, the lender sought to recover and it then emerged that Ms. Grondona's solicitors had negligently failed to register the transfer of the property to her. Ms. Grondona therefore brought a claim for professional negligence against her solicitors.

At first instance and before the Court of Appeal Ms. Grondona was successful. The Supreme Court similarly agreed that Stoffel & Co. could not deploy the defence of illegality to protect them from her claim in negligence.

Applying the trio of considerations required by Patel v Mirza [2016] the findings were:

These contrasting decisions illustrate how the application of the illegality defence is much more nuanced and, of course, fact sensitive and that the courts are willing to consider much broader implications when considering whether a claim should be barred by reason of illegality.

The underlying principle of the illegality defence is that the punishment metered out via the criminal law should not trigger entitlement to rewards under the civil law, to do so would be inconsistent with fundamental principles and threaten the integrity of the justice system.

Having said that there are clearly scales of criminal activity – mortgage fraud is not the same as taking a human life, as a result, there is a need for the courts to consider whenever such a defence is deployed when policy reasons should prohibit a claim and when a civil claim should be permitted.

For further commentary on the Stoffel decision please see our recent article Mortgage Fraudster succeeds in the Supreme Court.

Should you have any comments or queries arising from the above, please contact Vicki Swanton. 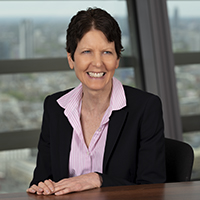