On the 30th January 2019, the Court of Appeal, via a unanimous decision, dismissed the appeal of Manchester Building Society (MBS) and upheld the first instance judgment. This important decision reinstates the information provider / adviser distinction in the SAAMCO principle and its application in professional negligence cases.

This appeal was brought by MBS who contended that their auditors, Grant Thornton (GT), should be held liable for the losses incurred by MBS on long term interest swap agreements which were entered into in reliance upon negligent advice. The alleged negligent advice of GT concerned the application of hedge accounting rules. The consequence of relying on this advice for six years resulted in MBS suffering a mark-to-market loss of £32.7 million.

In the High Court, causation in law and fact were established. However, Teare J rejected the SAAMCO principle and instead focused on whether GT had assumed responsibility for the losses. It was held that responsibility had not been assumed and instead the losses experienced by MBS were a consequence of market forces. GT were therefore only held liable for the transaction costs of £285,470 rather than the mark-to-market losses.

MBS appealed against the Judge's decision.

In a unanimous decision, the Court of Appeal concluded that the Teare J had been wrong to make an open-ended enquiry into whether GT had assumed responsibility for the losses, and instead should have applied the SAAMCO principle. Lord Sumption reinforced the importance of the SAAMCO principle as a legal filter which can be used to eliminate certain losses from the scope of a defendant's responsibility.

It was held that whilst GT had provided advice, it was limited in purpose and did not determine what matters were to be taken into account by MBS in deciding whether to enter into the transaction, nor did it guide the whole decision-making process.

Therefore, the correct analysis was that it was an example of an 'information' case. However, MBS were unable to show that the losses they alleged would not have been suffered had they not relied on the advice of GT. On the facts of this case the damages claimed by MBS reflected the fair value of the interest rate swaps which does not ordinarily give rise to any losses. Moreover, despite MBS incurring a liability to pay the negative mark-to market value, they obtained the equal benefit of removing a liability from their balance sheet. Without MBS proving the counter-factual that the loss would not have been suffered had they continued to hold the swaps, GT could not be held liable for those losses.

This leading judgment reaffirms the SAAMCO principle and the information provider /adviser distinction as a powerful tool in a range of professional negligence cases, including those faced by accountants. Whilst the decision appears to have disapproved the approach of Teare J, the clear guidance on when a case is to be deemed to be an 'advice' or an 'information' case will hopefully make SAAMCO easier to apply in the future.

Moreover, there seems no reason why the principle should not be extended to a wide range of other professional negligence cases, which may be welcomed by professionals and their insurers. 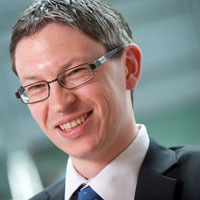