This was an appeal by Jet 2 relating to proceedings for committal for contempt arising out of a holiday sickness claim. Jet 2 were appealing against an earlier order made by His Honour Judge Owen QC dismissing their application to amend the grounds of contempt and striking out the original committal proceedings.

The respondents had booked an all-inclusive 10 day package holiday with Jet 2, which included a stay at the Occidental Lanzarote Playa Hotel. Following their stay they alleged that whilst on holiday they contracted food poisoning as a result of eating contaminated food or drink, or swimming in the hotel's insanitary swimming pool.

In purported compliance with the Personal Injury Claims Pre-Action Protocol, each of the respondents had provided original witness statements in court format, albeit without the full court heading, in which the allegations of food poisoning were set out.

As part of Jet 2's investigations, various images and comments posted on social media were identified indicating that the respondents and their children had been physically well during the holiday, and had an enjoyable stay at the hotel. Jet 2 rejected the claims and the respondents did not pursue their claims or commence proceedings.

It was supported by an affidavit from Jet 2's legal representatives, setting out the history, exhibiting the social media posts relied upon, and stating that there was a strong prima facie case that the original witness statements were false, that the respondents were in contempt of court and that it would be in the public interest for permission to be granted for committal proceedings to be commenced against them.

The respondents filed an acknowledgement of service stating that they intended to defend the claim. They each made further statements confirming that the comments in the original statements relied upon were in fact true.

The case management conference took place before Judge Owen who raised the question, without prompting from the respondents, whether the court had jurisdiction to entertain committal proceedings in respect of the original witness statements in view of the fact that they had been made otherwise than in connection with the extant proceedings, and no proceedings for damages had in fact ever been commenced.

Dealing with this preliminary issue Judge Owen found that the basis of the committal application was that the original statements were statements within CPR 32.14 which provides that proceedings for contempt of court may be brought against a person if he makes, or causes to be made, a false statement in a document verified by a statement of truth without an honest belief in its truth. Part 22 of the CPR makes provision for statements of truth.

He was not persuaded that it was arguable that the framework within which the letters of claim and statements complained of had been sent to Jet 2 could be equated with the framework which is in place once proceedings have been started. He in turn found that this was a case in which the court should exercise its power conferred upon it by its case management powers and in particular, for present purposes, paragraph 16.1 of Practice Direction 81, to dismiss the proceedings summarily.

It is of interest that the respondents did not attend the appeal hearing and were not represented, their solicitors having filed a skeleton argument saying that they were not in a position to oppose and did not actively oppose the appeal, as it was Judge Owen who had raised the point on absence of jurisdiction and not them.

The Court of Appeal agreed with Judge Owen that jurisdiction to bring committal proceedings was not conferred by way of CPR 32.14, and agreed that witness statements made before the commencement of proceedings do not fall within that rule. However, irrespective of the Civil Procedure Rules, the court has an inherent power to commit for contempt, and that power is expressly recognised in CPR 81.2(3) and PD81 paragraph 5.7.

The test at common law is whether the conduct in question involved any interference with the due administration of justice, either in a particular case or more generally as a continuing process.

Disagreeing with Judge Owen, the Court of Appeal found that it is well established that an act may be contempt of court even if carried out before proceedings had begun.

Perhaps of specific relevance and interest in this decision is that the court considered carefully the significance of the various pre-action protocols in personal injury and other claims. It referred specifically to a speech on 7 May 1998 to the Association of Personal Injury Lawyers when Lord Irvine LC said that Pre-Action Protocols were "in many ways, the key to the success of the Civil Justice Reforms".

The court emphasised that all pre-action protocols, expressly state that one of their objectives is to enable proceedings to be managed efficiently where litigation cannot be avoided, there being a requirement that a pre-action protocol or practice direction must not be used by any party as a tactical device to secure an unfair advantage over another party. The Court of Appeal found that contrary to the view of Judge Owen, there was a close connection between the original statements made by the respondents and the administration of justice and that, if those statements were false, as appears strongly to be the case, they interfered with the administration of justice.

This decision is a significant one, particularly in a climate in which we are seeing numerous claims layered with questionable heads of loss and damage, often with little reference to the claimants themselves and with scant regard to any pre-action protocols. It continues to be a "have a go" environment with little risk of punitive measures where not successful. For such reasons this decision is a very welcome one.

We have also recently seen judicial commentary endorsing the apparent disregard for pre-action protocols and CNFs, thankfully a view robustly challenged by Mr Justice Spencer in Richards & Anor v Morris (2018) in which he emphasised the significance of statements of truth to Claims Notification Forms, the first notification of a claim to the insurer, completed with a view to eliciting payment.

Interestingly the Jet 2 judgment also refers to, and builds on the case of Liverpool Victoria Insurance Company Ltd v Yavuz (2017) where in a footnote Warby J had pondered (but did not have to decide) "It may be arguable therefore that a false and dishonest statement in a CNF in Form RTA1 could found an application to commit for contempt…" This was a DWF case in which nine claimants were convicted for contempt.

The Court of Appeal in this latest decision now adds further weight to the argument that pre-litigation allegations and statements are significant documents, and are not only relevant to later proceedings, but may form the basis of committal proceedings for contempt where those documents contain untruths.

This decision serves as a caution to those claimants, and the entities behind them, who are tempted to "have a go". There may be consequences with a nasty bite.

For further information please contact Miles Hepworth, Partner on 0121 200 0471 or at miles.hepworth@dwf.law 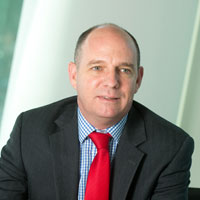