Covert recordings made by the claimant of medico legal examinations were deemed "reprehensible" but "relevant and probative" in the context of a "question mark" raised over the neuropsychological assessment of the defendant's expert. Edward Cleary considers the judgment of Master Davison in the case of Mustard v Flower & Ors (2019) and the hurdles that may be faced in formulating an industry-wide protocol.

This claim arises out of a road traffic accident which occurred on 21 January 2014 when the defendant collided with the rear of the claimant's vehicle. Liability had been admitted but there was a dispute between the parties as to the severity of the collision. It is the claimant's case that she sustained a sub-arachnoid brain haemorrhage and a diffuse axonal brain injury which has left her with cognitive and other deficits. However, the defendant's experts concluded that the claimant suffered no, or only minor, brain injury.

Three of the defendant's experts made their own recordings but none of the claimant's experts did. The defendant's neuropsychologist permitted the claimant to record the clinical examination but not the neuropsychological testing, however the claimant alleged that she inadvertently recorded the whole assessment. Her explanation that she tried but failed to turn off the recording advice was accepted by the court for the purposes of the application.

The claimant provided the recordings to her solicitor who stated that it was his usual practice not to listen to the recordings or have them transcribed until he had received the defendant's expert evidence. However, it was never explained why some of the transcriptions pre-dated exchange of evidence. Following review of the recordings, the claimant and her solicitor formed the view that the reports prepared by some of the defendant's experts were inaccurate or in some other way defective.

Master Davison concluded that the covert recordings were not unlawful under the Data Protection Act 2018 and the GDPR because an examination with a doctor fell within the definition of a "purely personal…activity". He agreed that the covert recordings were "reprehensible" and the claimant's actions "lacked courtesy and transparency" but nevertheless concluded that there were other considerations weighing in favour of admitting the evidence. Master Davison was persuaded that the recordings of the defendant's experts were "highly relevant", although he was clear that he was not making a finding that any of the criticisms were correct or justified.

It seems that Master Davison was also particularly mindful of the fact that the "question mark" placed against the defendant's neuropsychological examination was now known, therefore it would be highly artificial to expect the experts to continue with this case without reference to these matters. It is possible that his conclusion that the covert recordings should, when weighing matters in the balance in light of the overriding objective, be admitted would have been different had the application been made before the recordings had been shared with the claimant's experts.

Master Davison had rejected the claimant's attempt, prior to the hearing of the application, to have the matter determined by a High Court Judge so that they could give "general guidance" on the issue of covert recordings, however he encouraged APIL and FOIL to agree a protocol "for the recording of examinations and for the reception of such evidence".

In addition to the defendant's application to exclude the recordings, Master Davison was also required to determine an application relating to Part 35 questions submitted to the defendant's experts. He found that the questions, which filled two ring binders and would in some cases have taken as much as two or three working days to address, were "wholly disproportionate", "overwhelmingly not for the purposes of clarification" and "amounted to cross-examination". Master Davison took the usual step of exhibiting the questions to the defendant's neuropsychologist to his judgment and stated that there was a "policy interest in discouraging questions such as these".

The sheer volume of the questions was "unprecedented" and had provoked six of the experts to write to the court seeking directions, something which Master Yoxall, the longest serving Master, had only experienced twice in 18 years. The initial response of the claimant's solicitors was to modify and withdraw some of the questions, but it was also suggested that the defendant's experts should themselves make a judgment about the appropriateness and proportionality of a question before deciding whether to respond. Master Davison rejected that approach and decided not to embark upon a "rescue operation" in terms of editing and refining the questions which he felt would have been contentious and involved further cost and delay.

The recording of medico legal examinations, both overtly and covertly, has been a thorny issue for a number of years and this case has brought matters to the fore. Master Davison correctly observes that "covert recording has become a fact of professional life", and that is particularly so in the context of contentious litigation. Whilst we are receptive to the idea of an industry-wide protocol, this will no doubt be difficult to agree and is likely to introduce significant additional cost into what are already very expensive cases to litigate.

The defendant's neuropsychologist described herself as "disillusioned" and there must be a fear that some experts will decide to decline instructions in the more contentious cases or even move away from medico legal work altogether. That would be a great shame for those experts both personally and professionally but would also no doubt lead to a real dearth of experts in fields where they are already thin on the ground.

Master Davison touched in his judgment on the need for any protocol to pay "careful attention to the containment of the costs that might potentially be generated", however it is hard to see how standardising the recording of medico legal examinations on both sides in contentious cases, if that is what is to be proposed, will lead to anything other than a very significant increase in costs which may simply prove unsustainable.

There are several other difficult issues that any protocol will need to address such as the concern that the recording of examinations may affect rapport been expert and claimant, proprietary rights in relation to neuropsychological test materials and an increased risk of "practice effect", with the obvious argument being that only the first set of test scores, which are often be obtained by the claimant's expert, can be confidently relied upon by the court.

It is important not to overlook the other important feature of this judgment which is some helpful guidance on Part 35 questions. Whilst this is a useful tool in the armoury of any litigator, it is something which is open to misuse on both sides. This judgment makes it clear that Part 35 questions must be proportionate, for clarification only and not akin to cross-examination on paper.

For further information about this article or any of the issues discussed therein, please contact Edward Cleary, Senior Associate on 0161 604 1529 or at edward.cleary@dwf.law. 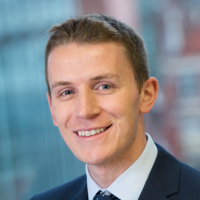