The Private Prosecution - A Health and Safety Perspective

In this article, we look at private prosecutions and how they might be utilised in the health and safety arena.
I remember many years ago now when I was in my first year of my law degree being sat in my first Crime lecture one of my fellow fresher's raising her hand when the lecturer began referring to some ancient criminal case and asking what the "R" stood for in the case name. Her question was met with a raft of smirks and giggles by a number of others as the lecturer informed her that it stood for "Regina" and that whilst the Police would investigate a criminal case, the Crown Prosecution Service would always prosecute the case on behalf of the Queen.

Whilst it's true there are a number of other agencies who can also bring prosecutions (such as the RSPCA) it's only in recent years that the "Private Prosecution" has become newsworthy.

The power to bring a Private Prosecution by any private individual or company who has been the victim of a criminal offence is preserved by s6 (1) of the Prosecution of Offenders Act 1985.

In Gouriet v Union of Post Office Workers (1978) Lord Wilberforce held “the individual, in such circumstances, who wishes to see the law enforced has a remedy of his own; he can bring a private prosecution. This historical right…remains a valuable constitutional safeguard against inertia or partiality on the part of the authority".
Today as police budgets continue to bite and pressures on the judicial system continue to increase many people are being forced to fund their own actions in the pursuit of justice.

There are a number of benefits in bringing a Private Prosecution. Firstly you are in control not a government agency. You have access to a better resourced, more focused and efficient team. You are able to claim back costs from the Court even if you lose or withdraw from the proceedings so long as the prosecution has been brought with good cause and not in a vexatious or malicious manner. Unlike other proceedings generally you will not have to pay the defendants costs if you lose your case. Unlike civil proceedings, matters can be brought to court very quickly. Furthermore, criminal convictions carry a stigma whilst criminal courts have wider powers to punish from fines and confiscation to imprisonment. It is important to ensure that you have exercised all other methods of recourse before turning to a Private Prosecution.

An interesting focus is whether, in the future, an individual or a corporate involved from a Regulatory perspective in an HSE investigation could utilise the Private Prosecution as part of its defence. For example let's say Company A employs contractor B to carry out some roofing work at one of its sites. All the Safe Systems of Work and RAMS documents are in place and Contractor B starts the job. On the first day of the job, X who works for B falls through the roof and is seriously injured. The subsequent HSE investigation leads to A not B being prosecuted for not having the correct safe systems of work in place. X isn’t prosecuted despite the fact he ignored the RAMS documents and went off on a frolic of his own.

As part of A's defence strategy could they potentially bring a Private Prosecution against either B and/or X? Any such successful prosecution would therefore by definition undermine the HSE's case against A as they would have made a decision not to prosecute B and X. Can A claim they are a victim of a criminal act brought by others? Can they claim they have suffered loss as a result of this whether that is by way of lost contracts or reputational risk.
There are obviously many things to consider when it comes to the strategy of such a defence but I believe this will become more of an issue as Regulators continue to prosecute the people with the 'deepest pockets' rather than being faithful to the evidence. It is certainly an interesting proposition.

I think it's fair to say that whatever the future holds for the criminal justice system one thing is certain - the Private Prosecution will continue to gather favour for those who want justice and who are able to pay for it. 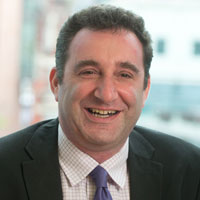