The Government has published the 'Good Work Plan' detailing a number of proposed changes relating to the rights of atypical workers.  The proposals follow an increase in flexible working arrangements in the UK labour market, which was acknowledged in the Taylor Review, published in July 2017.

What are the Government's key proposals?

Abolish the 'Swedish Derogation' in the Agency Workers Regulations 2010.  The Swedish Derogation allows agency workers to 'opt-out' of the right to be paid the same as workers who have been recruited directly in exchange for a contract with the agency which guarantees pay between assignments.  Research showed that employers and agencies were regularly getting around the requirement to pay workers between assignments.  As a result, the Government now intends to legislate to remove the right to 'opt-out' so that employers will have to ensure that agency workers are paid the same as other employees after a 12-week period.

Introduce a written statement of rights.  The Government proposes to legislate to give all workers and employees the right to a written statement of rights on their first day of work, including details of their entitlement to sick leave and pay, and other paid leave.  Currently, this right is only required to be given to employees within two months of the commencement of their employment.

Additional penalties for aggravated breaches.  The Government will significantly increase the maximum fine that employment tribunals may impose on employers who have demonstrated aggravating conduct in breaching employment rights, from £5,000 to £20,000.  Employment Judges will also be obliged to consider imposing sanctions for employers who repeatedly breach employment legislation.  In light of this, employers should be even more prudent in their decision-making related to employees and workers, seeking legal advice for certainty.  These changes go alongside the Government's ability to name and shame employers who fail to comply with employment tribunal judgments, now in effect.

Clarify the test of employment status.  The proposals include plans to clarify the test of employment status in legislation, and to align it with the test used for tax purposes.  The rules are currently complex and confusing, exacerbated by the presence of three categories for employment rights purposes and the binary categorisation for taxation purposes, with disputes being resolved by different tribunals. Whilst the classification of status is often relatively straightforward, the difficulty lies in those grey areas which straddle the categories, which is more prevalent in certain sectors including hospitality, IT skilled technicians and construction. The Government believes that alignment would assist businesses, employers and the self-employed to understand their respective taxation and reporting obligations and hopefully bring much-needed simplification.  It also hopes that the new test will better reflect the reality of modern working relationships, and give greater certainty to employers as to their obligations, keeping retrospective claims for unpaid holiday pay or the National Minimum Wage to a minimum.  However, there are concerns that additional litigation may arise dealing with how any new employment status tests should be applied, and increased legislation may also restrict the ability of tribunals to adapt to ever-changing employment practices.

Whilst legislating, it would make sense for the Government to also look again at more closely aligning income tax and national insurance contribution rules, as suggested by the Office of Tax Simplification. There is currently a bureaucratic burden on employers having to deal with two sets of taxation rules and reporting obligations for the same payment. Structural change to more closely align income tax and NICs would remove complexity from the administration and simplify the divide between the status categories.

Right to request a fixed working pattern.  The law on zero hours contracts has been the subject of much criticism.  In response, the Government proposes a right for individuals to request a 'more predictable and stable contract' after 26 weeks of service on a non-fixed pattern.  As a result, workers will be able to choose to be given more certainty as to which days per week they will be required to work, and for how many hours, or to retain the flexibility of their existing arrangements.

Holiday pay.  There is a suggested change to require holiday pay to be calculated over a 52 rather than 12 week reference period.  This is likely to be welcome to both workers and employers, to prevent workers wishing to take holidays at particular times of the year to maximise their holiday pay.  There is potential for criticism however that the Government has not proposed any further clarification or simplification of the current Working Time Regulations.

The Government appears to have a clear agenda to increase worker rights, and importantly, knowledge of those rights, and for the UK to maintain that stance notwithstanding Brexit.  However, not all of the proposals in the Taylor Review have been adopted, and the Government's Plan does not go as far as to ban zero hours contracts altogether, or to deal with calls to impose additional burdens on on-line gig platform businesses.  This omission suggests that these proposals are unlikely to be considered by the Government any time soon.

It will be interesting to see whether and when the proposals will be implemented, particularly in the current political climate, and we will of course keep a close eye on this.  At this stage, we recommend that employers should be alive to the fact that they may have to make internal changes in response to new legislation in due course, and should stay in touch with their legal adviser on what to do as the proposals begin to come into force.  We will of course provide further updates as more information becomes available. 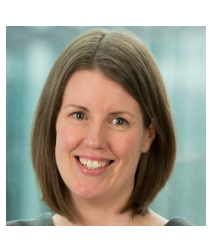 The UK Government has announced that the deadline for bids for the second round of the £4.8bn Levelling Up Fund has been put back due to IT problems preventing the launch of the application portal.  Applicants have been assured that the portal will be opened "as soon as possible" and "will be live for two weeks to give applicants time to put their bids in".