The Court of Appeal has ruled that the victim of a road traffic accident can bring proceedings against an unidentified driver of an identified vehicle. Nicola Dunk examines the implications arising out of the recent judgment in Cameron v Hussain (2017).

On 26 May 2013, there was an RTA between the claimant and an unidentified motorist driving a Nissan Micra. Whilst the driver of the Micra did not stop, the vehicle registration was taken down by a witness, and checks revealed that the vehicle was registered to Naveed Hussain and was insured.

Mr Hussain failed to co-operate with the police and refused to confirm who was driving the vehicle at the time of the accident. He was subsequently convicted of the offence of failing to give information about the identity of a driver. Matters were further complicated by the fact that the policy of insurance on the vehicle was obtained by fraud, in that it was in the name of a fictitious person.

The claimant suffered modest injuries, and the total value of the claimant's claim was estimated as up to £15,000 (including her own vehicle damage and hire charges).

In January 2014, the claimant issued proceedings against Mr Hussain and subsequently amended the proceedings to add the insurer of the vehicle as the second defendant. The insurer filed a defence denying liability on the basis that Mr Hussain was not covered to drive the vehicle and further, the claimant was unable to prove the identity of the driver so that judgment could not be obtained under the Road Traffic Act 1988 (the RTA 1988). The insurer applied for summary judgment.

The claimant sought permission to amend her claim so as to substitute the following in place of Mr Hussain as first defendant:

The claimant's application was dismissed both at first instance and on appeal to the High Court. The claimant further appealed to the Court of Appeal on the following grounds:

In essence, the case centred on whether, as a matter of procedural law, the claimant could sue an unknown person. If it transpired that the claimant could not, then her only recourse was to claim against the MIB under the Untraced Drivers' Agreement (UTDA). If she could, then she would have a civil claim which the insurer would have to satisfy pursuant to s.151 RTA 1988. The civil route is often considered the superior option given the restrictions on costs and the inability to pursue subrogated claims under the UTDA. In this instance, presumably the claimant's vehicle damage claim was subrogated hence the clear preference to pursue a civil claim.

In a split decision, the Court of Appeal allowed the claimant's appeal granting her permission to amend her claim to substitute a 'person unknown' as the first defendant.

In summary, the court held:

In doing so, the Court of Appeal rejected the insurer's argument that it is only in 'exceptional' circumstances that a claimant would be permitted to join an unnamed defendant, identified only by description. The Court of Appeal also dismissed the suggestion that, if the claimant has an alternative remedy (as was the case here under the UTDA) that necessarily precludes any exercise of the court's discretion in the claimant's favour.

The majority of the Court of Appeal gave little time to the insurers' concern over their inability to ascertain the facts from the driver of the vehicle or from their own insured (where the insured transpires to be a fictitious entity). Indeed, the Court of Appeal noted that the situation was analogous to the commonly accepted situation where an identified driver can subsequently not be traced by the time judgment is entered. The Court held that "the [insurer] must bear the responsibility of not having carried out appropriate checks as to the identity, or existence, of the insured prior to inception of the policy".

It is expected that insurers will seek to pursue a further appeal to the Supreme Court. In the meantime, we would note the following:

The practical consequences of this decision are potentially significant for motor insurers, who will now be required to satisfy unknown defendant claims of this type under the RTA 1988. Whilst to an extent, there is arguably a logic to the decision by analogy with the fact that insurers are already required by statute to pay damages where the vehicle is insured and driven by a known but contractually uninsured individual, unfortunately, given the fact that the driver is unidentified, the insurer will be unable to rely upon the rights of recovery in s.151(8) to recoup its outlay. Although, it is worth noting that, first party insurers may also now be able to rely on this decision to recoup their outlay in similar circumstances, whereas previously a claim would not have succeeded under the UTDA. In the end, this decision will inevitably lead to insurers being asked to meet yet further claims. 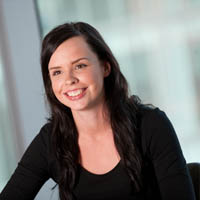