Highways claims: a roadmap for the defence of claims involving occupiers' liability and negligence

Denise Brosnan and Hannah Turner examine the recent highways decision in Singh v City of Cardiff Council in which the Claimant's claim for damages for personal injuries, suffered when he fell after straying from a council-maintained footpath, was dismissed.

The Claimant, who was over the alcohol drink drive limit, was walking home in the early hours of the morning along a footpath leading to a footbridge over a brook.

The defendant Council owned the land on either side of the path and the soil or land where the path was constructed.

The footpath immediately before the bridge was lined by broken and uneven edging units and had a depression about 60mm deep.

As he approached the bridge, the Claimant left the footpath, lost his footing on the broken edging, slipped down the embankment feet first and ended up in the brook. Unfortunately, he suffered serious and life-changing injuries. Two of the streetlights in the vicinity were also said to have not been working on occasions running up to the night of the accident and the Court found that the one closest to the bridge was not working on the night.The Claimant gave different accounts of the accident circumstances to a number of professionals involved in the case – firstly, he alleged that he slipped on pebbles due to the unevenness of the surface of the footpath and the irregularity of the concrete edging units and secondly, that he went into the bushes after hearing someone in distress and slipped into the brook below.A blood test taken on the morning of his discovery, some 8 hours after he fell, showed that he had consumed a considerable amount of alcohol equivalent to two and a half times the legal limit

Whilst the Court was sympathetic to the Claimant's plight, following a two day trial on liability in the High Court, his claim was dismissed by The Honourable Mr Justice Lewis. The Council avoided liability as the court held that any alleged defect in the footpath did not cause the injuries (the court ruled that the two metre wide path was wide enough for persons to pass without having to step on the edging) and the Claimant caused his own accident.

Under the 1980 Act, the highway authority is under a duty to maintain a highway maintainable at public expense. The Council accepted that the footpath was such a highway and this gave rise to an absolute duty to maintain it. In order to make a finding of liability, the Claimant would have to prove that there was a breach and that the breach had caused injuries of the type which the Act intended to prevent.

The Claimant's claim failed because the injury sustained had not been caused by any alleged defects in the footpath and there was no failure to maintain the highway.  The Claimant had voluntarily stepped off the footpath onto adjacent ground that was not part of the highway, lost his footing, fell back and slid down the steep slope into the brook.

There were two areas of complaint in relation to the footpath.  First, that prior to reaching the footbridge there was an area of ground to the left of and adjacent to the footpath where the edging units were cracked and uneven. Second, there was a depression where the level of the footpath on the left hand side had shifted and which had been measured in October 2014 at 60mm. There was no pothole or sharp edge on the footpath at the material time.

The Judge concluded that the risks of anyone tripping over the loose edging at that point and falling into the brook were low.  Further, the depression did not amount to a defect or state of disrepair such as to cause a danger to pedestrians and its non-repair did not amount to a breach of s.41.  Even if the Claimant had established that he tripped/stumbled in the depression and/or on the uneven edging strips, it did not automatically follow that he would have established a breach of s.41, given the assessment by the judge of the low level of risk to be attached to those defects.

The judgment demonstrates that when considering whether in fact a footpath is held to be in a state of disrepair, the judge can take into account the characteristics of the area in question to include:

In other words, the fact that there were defects in the area where the accident occurred does not automatically result in a finding of breach and this has to be considered in the context of the factual matrix and the location of the incident in every single case we look at.

Finally, the Council's records showed that the lighting in the area was inspected the day before the incident and subsequently several weeks later but the Judge accepted evidence that the lights were not working at the time. That said, he was satisfied that it was a clear dry night, that the moon would have provided some illumination and there were no meteorological conditions which would have interfered with visibility. The Claimant stated for the first time in oral evidence that the night was misty which contradicted the agreed and unchallenged meteorological evidence.  As a result, the Judge found the Claimant's recollection to be faulty, rendering the issue of visibility a non-runner.

Was the accident caused by the Council's failure to take reasonable care to ensure that the Claimant was reasonably safe when using the land adjacent to the footpath for the purposes for which he was permitted to be there, in breach of its duty under s.2 of the 1957 Act?

On the evidence, the Judge found there to be no breach of the duty imposed under the Act.  In particular, it was not the creation of the footpath that led to the injury.  The injury came about as a result of him choosing to leave the footpath and in making this decision, he willingly accepted the risks of falling into the brook by voluntarily stepping off the path and this is what caused his injury. It was obvious to persons who stepped off the footpath at that point, that there was a steep slope which led to the brook.

This finding was relevant to the issue of whether the Council had breached s.2 (2) of the 1957 Act. The Judge found that the purposes for which a person was invited or permitted to be present on the adjacent land was for purposes reasonably incidental to the use of the footpath and there was no suggestion that they were invited or permitted to be present on the adjacent land for any other purpose.  The Council had taken reasonable care in all the circumstances to ensure that persons who used the adjacent land for the purposes incidental to use of the footpath (i.e. crossing over the footbridge and going to and from two connecting places) were reasonably safe in doing so.  The Court was assisted by the approach of the Court of Appeal in Edwards v London Borough of Sutton [2016].

Breach of a common law duty

Did the Council owe a duty of care at common law for damage attributable to something that it had done (the introduction of a danger), breach of which caused the accident?

On the facts, the highway authority had not created a hazard or introduced danger by creating a footpath and footbridge or in not preventing people from going from the footpath onto the adjacent land. The Council had not breached any common law duty of care by not placing a fence where the land adjacent to the footpath would lead to a slope down to the brook.

As is common in these cases, although there was no need for the judge to go on and consider the merits of a s.58 defence, he was critical of the fact that the Council did not identify the facts on which it relied in its defence and the issue was said to be "unclear and inchoate".  There was no clear line of responsibility for inspections, maintenance and repair between the parks department and highways department to accord with any relevant policy on inspections of the footpath even though it had been agreed that this was a highway maintainable at public expense. There was also no clear evidence provided of what policy would have applied if it had been treated as a highway, although a document had been produced showing that the inspections of adopted footpaths would be carried out on a reactive basis in response to complaints.

The reasoning behind that approach from a tactical perspective, is that the marker for assessing the duty to maintain and repair in the latter situation would be lower than the absolute duty imposed under s.41 of the Highways Act.  That said, in this case, there was certainly enough in the factual matrix to work with, including credibility issues as to the Claimant's account of the accident circumstances and evidence confirming he was well over the legal drink driving alcohol limit.  Nevertheless, the judgment provides a useful insight for defendant lawyers into what is required to firm up the chances of establishing a s.58 defence ordinarily available.

Let us not forget the issue of contributory negligence. In this case, the judge indicated that had the Claimant succeeded on breach of duty/causation, as he chose to leave the footpath and had been drinking, he would have found the claimant 70% to blame.

As with many claims involving allegations of breach of statutory duty and/or negligence, the issues to be determined are very fact specific. However, the judgment:

clearly demonstrates the hurdles a claimant has to overcome to establish breach of statutory duty and/or negligence and causation in a pavement tripping/slipping accident;
provides a very useful aid for breaking down each of the elements a party is required to consider when assessing the prospects of bringing or defending a claim under the Highways Act 1980; and
demonstrates the need to consider the position under the Occupiers Liability Act 1957 whilst also re-visiting the often taken for granted principles of the duty of care in negligence claims.
Dealing with the principal findings here, it is notable that the court found as a starting point that the accident occurred at a point where the Claimant ceased to be on the footpath and where there was a drop of between 0.1 – 0.3 metres from the footpath to the ground and then a steep slope going down to the brook.  This finding put the Claimant in a position where he ceased to be on the footpath before he reached the footbridge.

Having established this fact, the prospects of the Claimant successfully establishing that the accident and ultimately the injuries sustained were caused by any breach of duty and/or negligence rapidly fell away. The Claimant had provided a number of different explanations at different stages of the proceedings as to how he ceased to be on the path, but all of his accounts were consistent with him falling when he was already on the slope, rather than falling off the path onto the slope.

This judgment is certainly worthwhile considering in the context of any highways claim involving overlap with the Occupiers Liability Act 1957 and common-law negligence, when weighing up the prospects of a successful defence. It is also a very useful tool to use to break down the relevant components when advising on the merits of either bringing or defending a claim. 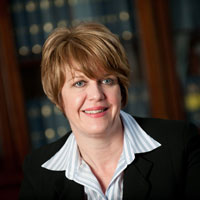