Interim payment requests in the MOJ Portal: when is it reasonable to refuse?

Will Balfry and Laura Scott recently acted in a case where proceedings had been issued under Part 7 of the CPR, following the exit of the claim from the portal for failure to pay the full amount of the interim payment requested by the Claimant. Shortly after proceedings were issued an application was subsequently made seeking payment of the balance of the interim payment, a request which DWF successfully defended and which saw the Claimant draw criticism from the Judge for incorrectly exiting the portal on the basis that they did.

The matter arose out of a road traffic accident that took place on 2 March 2014, when two occupants of a vehicle were injured. Originally the claim commenced in the MOJ Portal for Low Value claims and liability was accepted within the required period, so the claim could remain in the portal. On disclosure of the medical evidence within the portal the Claimant Solicitors sent interim payment packs and requested an interim payment of £1,000 towards General Damages for each Claimant and also advance payment for physiotherapy charges. The Defendant’s insurers paid the £1,000 interim in respect of general damages for each Claimant but made an offer in respect of the physiotherapy charges. Rather than attempt to negotiate or enter into correspondence, the Claimant immediately commenced Part 7 proceedings on both claims.

The claim was submitted to the portal on 3 March 2014; liability was conceded on 5 March 2014. On the same date the Defendant’s insurers sent a letter to the Claimants’ Solicitors offering free physiotherapy services and, if this offer were rejected the letter then set out a list of rates they would be prepared to pay (the rates offered were essentially  those charged by their own provider). No response was received to the letter.

On 21 October 2014 the Claimants’ Solicitors submitted an interim payment pack via the Portal, disclosing medical evidence, which suggested that the Claimants would make a full recovery by 24 months post accident. The Claimants sought an interim payment of £1,000 towards general damages and £795 for physiotherapy charges. The Defendant’s insurers responded within the relevant timeframe, agreeing the £1,000 payments in respect of general damages and sending cheques out in that sum, again within the relevant timeframe. Insurers also offered £625 towards the cost physiotherapy.

No response was received to the offer in respect of the physiotherapy charges and without further correspondence, the Claimants’ Solicitors exited the claims from the MOJ Portal process and issued Part 7 proceedings.An application for an interim payment was then made by one of the Claimants. The matter was then listed for an application hearing.

The interim payment application was objected to on the following grounds:

DWF advocate Laura Scott dealt with the hearing of the Claimant’s application. It was submitted that the first question to be determined by the court was whether there was actually any obligation upon the Defendant to pay any additional sum for an interim payment under the Pre-Action Protocol:

No response was received to that offer and the Defendant was therefore not obliged to send payment. The issue of Part 7 proceedings and subsequent application were disproportionate to the issues involved.

District Judge Osborne sitting in Tameside County Court agreed that the Claimant should not have exited the claim from the Portal merely due to a failure to pay the small difference between what the Claimant had claimed for in treatment charges and what the Defendant had offered. Although the Pre-Action Protocol may suggest a party can exit the claim from the portal for failure to pay the most an interim payment, DJ Osborne felt that this was overridden by Part 1 of the CPR which requires the parties to conduct litigation in a reasonable and proportionate manner. The issuing of Part 7 proceedings should be the last resort. It was decided that the application was an abuse of process and it was dismissed.

DJ Osborne went further to make a recording that ‘the decision to exit the Portal was an abuse of process’, and, responding to the Claimants request to appeal ‘on all the facts I concluded that the Claimant had behaved unreasonably in exiting the Portal and was in breach of the overriding objective’.

The Defendant was awarded costs and the ruling appears to indicate that on conclusion of the case there is little doubt that the Claimant will only receive those costs that they would have received had the case remained in the MOJ Portal.

Applications for interim payments in the Portal are common place and the practice deployed by the Claimants’ solicitors is widespread. Insurers should not be put off from resisting requests for interim payments which are unreasonable. Neither should they be put off from arguing that only Portal costs should apply in cases that are unreasonably exited from the Portal.

For further information please contact Will Balfry or Laura Scott. 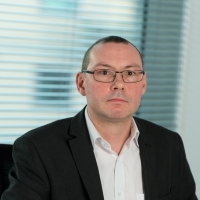