In our preview to the 30th anniversary print edition, Virali Patel and Robbie Constance at DWF outline key regulatory changes in the finance sector in the past quarter.

It has been a tumultuous few months as we face economic and geopolitical changes and disruption, and deal with the impacts across the financial services sector. At the CISI's 30th anniversary dinner, Nikhil Rathi, chief executive at the FCA, spoke optimistically about how we are now, as a sector, more resilient to face these challenges. He ended his speech about facing the next 30 years with a rallying cry that, at their core, the CISI and the FCA have a similar function: "to boost knowledge, skills and steer professionals towards acting with integrity". This is key to driving transformation in the financial services sector and its regulator too.

In April, the FCA published its Strategy for 2022 to 2025 and Business Plan for 2022/2023 explaining its regulatory agenda for the coming year. Historically, the FCA had set sub-sector-specific plans and target outcomes but notes, for the first time, the Strategy and Business Plan set outcomes which are expected from all financial services firms across all markets. The Strategy builds on activities the FCA launched in July 2021 when it committed to become more innovative, assertive and adaptive to transform into a data-led regulator that can face the threats and seize the opportunities of the future.

There are plenty of statements of intent but relatively little of substance or detail. Thematic, outcomes-focused and therefore (arguably) rather uncertain, if not arbitrary, regulation is here to stay.

The four top line outcomes are:

The three key areas of focus are:

The FCA sets out a total of 13 commitments in the above three areas of focus to explain how it is joining up its actions to help enable the sector to deliver the topline outcomes. Each commitment will address one or more of the outcomes, and the themes that cut across sectors and consumer and wholesale markets. Both the topline outcomes and commitments will be supported by metrics to improve accountability, transparency and monitoring.

The Strategy also highlights the importance of diversity and inclusion across the sector, both in the firms it supervises and the FCA itself. This is relevant specifically for conduct considerations, which feeds into the betterment of UK markets as a whole. Initiatives will be supported by metrics to enable transparency and monitoring.

Commitments break down each focus into initiatives which will aid in the delivery of the focus objective.

The six commitments intended to be met as part of this focus:

The commitments listed to support the reduction and prevention of serious harm can be framed as:

Some examples of FCA actions taken in this space include the creation of and recruitment into new roles to shut down problem firms that do not meet basic regulatory standards. The FCA will target those already authorised firms with the most potential to create harm. It will protect consumers from potential fraud and/or poor treatment, and create a better market, by harnessing data to assess problems and act on them more quickly, aiming to prevent harm from occurring in the first place.

An example of this is the FCA focus on the British Steel Pension Scheme (BSPS) defined benefit pension transfer mis-selling review and redress scheme and the examination of high-cost credit. On 31 March the FCA published proposals for a compensation scheme for BSPS members. Its consultation paper CP22/6 (closed 30 June) proposes to deliver £71.2m of compensation to former BSPS members who received unsuitable advice to transfer out of their defined benefit pension between May 2016 and March 2018.

Shortly before Christmas 2021, the FCA set out expectations of firms who gave advice to BSPS members in a 'Dear CEO' letter. In a rushed policy statement (PS22/4) it imposed, in effect, a sector-wide asset retention applicable to all firms with five or more cases in the scope of a potential redress scheme.

The FCA (ably assisted by the Financial Services Compensation Scheme and Financial Ombudsman Service) has run a range of activities to support former BSPS members, including writing to 7,700 former BSPS members and holding face-to-face events. The political pressure is such that the FCA seems determined to compel a review, having failed to encourage 'enough' complaints.

The four commitments intended to be met as part of this focus:

1 and 2 – Consumer needs and enabling consumers to help themselves

Some examples of FCA initiatives in relation to setting and testing higher standards (Focus 2) include its diversity and inclusion proposals expected in Q3 2022, its review of lifetime mortgages, its incoming regulation of funeral plans and, of course, its ongoing financial promotions regulatory reform. In January 2022 the FCA published consultation paper CP22/2 (closed 23 March) with proposals to strengthen financial promotion rules for high risk investments, including cryptoassets. The FCA is acting to address concerns about the ease and speed with which people can make high-risk investments by proposing a significant strengthening of its rules on how high-risk financial products are marketed. This is a central element of the FCA's consumer investments strategy, published in September 2021, which aims to give consumers the confidence to invest and reduce the number of people who are investing in high-risk products that are not aligned to their needs. The proposals aim to increase consumer protection and target authorised firms which approve and communicate financial promotions.

Sarah Pritchard, executive director of markets at the FCA, said, “Too many people are being led to invest in products they don’t understand and which are too risky for them.”

The three commitments intended to be met as part of this focus:

The FCA is helping to transfer EU legislation into FCA rules as part of the government's future regulatory framework. This involves tailoring rules to UK markets and maintaining and improving the UK's position in global wholesale markets.

The three commitments relating to this focus centre on strengthening the UK and thinking about digital markets to ensure financial services are preparing for the future. This is being done primarily in two ways:

The FCA actions include tackling unreasonable terms and conditions, increasing customer satisfaction levels, combating scams and cleaning up markets or improving diversity. Some examples of FCA initiatives in this space include its continued examination of asset managers and the value being provided to consumers, especially as this relates to ESG information.

Thinking about the future inevitably involves contemplating crypto. Despite previous and recent bumps in the road, there seems to be an inevitable rise in cryptoassets. The FCA is working with the government on the approach to regulation of cryptoassets. Nikhil Rathi highlighted at the CISI's 30th anniversary dinner that there needs to be a boost in the financial education of children (and, no doubt, the majority of existing retail investors) about cryptoassets, not least to cope with the volume of promotions on social media.

In a November 2021 statement the Advertising Standards Authority (ASA) announced that, in addition to issuing guidance, it would be conducting "proactive monitoring and enforcement" to tackle non-compliant adverts for (unregulated) cryptoassets.

The Committee of Advertising Practice (CAP) has also issued guidance on how the CAP Code (both the general rules and those specific to financial products) applies to adverts for cryptoassets, citing numerous relevant rulings.

Even after FCA regulation starts, the ASA will retain oversight of issues of responsibility across all forms of cryptoasset advertising and non-fungible tokens (which will not be regulated by the FCA).

There continues to be grave concern with cryptocurrency, with the ASA warning many businesses over misleading and socially irresponsible cryptocurrency ads. On 24 March, the ASA issued an enforcement notice instructing over 50 companies to review their ads to ensure compliance with the CAP Code. The ASA highlighted that they must comply with the rules that ads are not misleading or socially irresponsible, as well as specific rules relating to financial products. The ASA has confirmed, in an accompanying press release, that it is committed to clamping down on crypto ads and it is considered a "red alert" priority issue. If the businesses do not address problem ads, it has said that it will take targeted enforcement action. This would include reporting non-compliance to the FCA (with whom it consulted in distributing the notice) and Trading Standards.

The Business Plan 2022/2023 reinforces the FCA's commitment to enforcement action: the regulator states that it aims to be "tougher on firms" and use its "enforcement and intervention powers more actively, pushing the boundaries" where required.

The most significant recent example of tougher FCA enforcement action resulted in NatWest being fined £264.8m in relation to its anti-money laundering failures.

Natwest was convicted for three offences of failing to comply with money laundering regulations. Mrs Justice Cockerill, the sentencing judge at Southwark Crown Court said: “….it must be borne in mind that although in no way complicit in the money laundering which took place, the bank was functionally vital. Without the bank – and without the bank’s failures – the money could not be effectively laundered.”

NatWest pleaded guilty at Westminster Magistrates’ Court on 7 October 2021. This is notable action from the FCA as it is the first time it has pursued criminal charges for money laundering failings.

Mark Steward, executive director of enforcement and market oversight at the FCA, said: “NatWest is responsible for a catalogue of failures in the way it monitored and scrutinised transactions that were self-evidently suspicious. Combined with serious systems failures, like the treatment of cash deposits as cheques, these failures created an open door for money laundering. Anti-money laundering controls are a vital part of the fight against serious crime, like drug trafficking, and such failures are intolerable ones that let down the whole community, which, in this case, justified the FCA’s first criminal prosecution under the Money Laundering Regulations.”

The FCA then followed suit in fining HSBC Bank £63,946,800 for its anti-money laundering process failings. The decision notice notes that, between March 2010 and March 2018, two of HSBC's key automated transaction monitoring systems used in monitoring hundreds of millions of transactions a month to identify possible financial crime “were not appropriate or sufficiently risk-sensitive, and HSBC did not ensure the policies that managed and monitored the systems were adequately followed”. Despite being aware of their importance from as early as December 2007, three key components of the automated systems were deficient.

The FCA considered the failings to be particularly serious as they occurred over a long period of time. HSBC was put on notice of the potential weaknesses during the relevant period and, before and during that period, the FCA issued guidance stressing the importance of maintaining appropriate financial crime controls. However, it recognises HSBC's commitment to its large-scale global remediation programme.

Although there is no formal explanation as to why similar cases were resolved with different outcomes, the obvious distinguishing fact between this matter and the NatWest criminal prosecution is that the latter resulted in demonstrable money laundering. This is a curious distinction considering the regulations cover systems and controls rather than actual laundering.

Those wishing to know more should contact any member of our Financial Services Regulatory team. 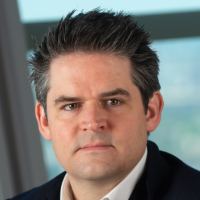