The recent decision of Austen v Tran [2022] ACTSC 114 is the second ACT Supreme Court decision this year (1) where the plaintiff has been unsuccessful in attempting to establish a negligent delay in diagnosis of cancer was causative of any injuries.

The Plaintiff was diagnosed with non-Hodgkin's lymphoma on 19 September 2017 and the illness was, at that point, terminal.

The Plaintiff initially presented on 17 October 2016 with "excruciating pain" in her left leg, for which the Defendant prescribed a moderate painkiller and ordered full blood count blood tests. The tests were intended to exclude conditions related to a suspected iron deficiency. The results were unremarkable, and she was not referred for any further investigation.

The Plaintiff next attended to the Defendant on 15 July 2017 in relation to escalating lower back and left leg pain, alongside lethargy, unexplained weight loss, and incontinence. She was again prescribed Anaprox, and was referred for x-rays on her left hip and left knee.

On 21 August 2017, the x-rays were reviewed by Dr Jazwari, another general practitioner. He referred the Plaintiff to an orthopaedic surgeon for an MRI of the lumbar spine. Dr Jazwari then ordered urgent scans and biopsies, which confirmed non-Hodgkin's lymphoma.

It was undisputed that the Defendant, as a medical practitioner, was subject to a duty to exercise reasonable care and skill in the examination, diagnosis and treatment of the Plaintiff. The relevant standard of care was that of an ordinary general practitioner, possessing the knowledge of the Defendant at the time of each consultation.

The relevant risk of harm was the risk of a delay in diagnosis and subsequent progression of the Plaintiff's condition to a point where it was incurable. It was undisputed that this risk of harm was foreseeable, and that risk was not insignificant.

The Plaintiff contended that the Defendant should have properly investigated her symptoms, including with follow up and specialist referrals, to achieve a diagnosis. It was for the Defendant to ensure she was not left undiagnosed. Thus, on the Plaintiff's submission, it was a combination of several acts or omissions that amounted to a breach of duty.

Regarding causation, it was first necessary to establish, on the balance of probabilities that the non-Hodgkin's lymphoma existed and was able to be diagnosed by a reasonably competent general practitioner at the time of either consultation.

Medical evidence indicated that, at the time of the first consultation, low-grade lymphoma did exist in the Plaintiff. However, the condition would be detectable only by a PET scan, which cannot be ordered by a general practitioner. It followed that, even if the Defendant were in breach at the initial consultation, the condition was at such an early stage that any reasonable testing was unlikely to have disclosed it.

It was also accepted that musculoskeletal pain often resolves on its own. On that basis, McWilliams AJ was of the view that, in the circumstances, the Defendant was entitled to assume that the Plaintiff would return to the practice on her own volition if the pain persisted, even without proactively communicating that to the patient.

Regarding the second consultation, McWilliams AJ was satisfied that consultation was a step in the process and not a concluded investigation or diagnosis and the Defendant's conduct accorded with that of a reasonably skilled general practitioner.

Alternatively, if there was a breach, any delay in diagnosis was not causative of the Plaintiff's injuries and her terminal prognosis. McWilliams AJ found that any breach, by that stage, had no bearing on the Plaintiff's contraction of the disease - the Plaintiff was only denied the chance of a better outcome, that being a longer period in remission.

Judgment was found in favour of the Defendant.

This decision (and that of Alrifai) highlight the evidential challenges plaintiffs encounter in delayed cancer diagnosis cases, in particular, with respect to proving the breach caused the injury on the balance of probabilities, as it is difficult to prove the injuries and their sequalae would have been avoided but for the delay.

The case serves as a reminder that the common law does not permit an action for recovery when the damages consequent upon the breach of duty are characterised as the loss of a chance of a better outcome.(2)

We would like to acknowledge the contribution of Kaitlyn Scarcella (Law Clerk) to this article. 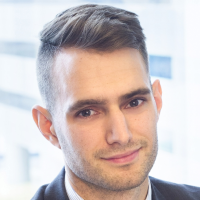