During discussions at our Brave New Law series the consensus has been that the legal team cannot only focus on legal but has to be part of creating cultures that do the right thing. In this article Dr Catherine McGregor explores the concept of operationalising the culture of an organisation.

If you'd like to find out more you can watch the full 'Operationalising Culture' webinar recording where our panel shared practical ideas and useful insights from their perspectives as leaders in organisations with very different cultures.

We hear a lot about great culture as a defining aspect in the 21st company. Cultural issues are central to many turning points, from the financial crisis to the #MeToo movement. Culture can define an organisation and increasingly it’s part of the general counsel’s remit.

In discussions with a range of general counsel as part of our Brave New Law series, the consensus was that the legal team cannot only focus on legal but has to be part of creating cultures that do the right thing.

A major challenge to culture change is existing hierarchies, which prevent employees from speaking up even if something seems wrong.

Research suggests that start-ups are often better at culture creation because they are starting with a blank sheet - they do not have these existing hierarchies and can be more fluid and agile in creating and changing their culture. In the absence of a blank sheet, defining what your culture is: the good, bad and indifferent aspects, is where you need to start.

Cultural definition needs engagement from leadership – the tone from the top - but it cannot be defined solely by leaders. Routes to this can be via surveys, brainstorms, multi-departmental working groups but no matter the route, everyone has to be able to be part of the cultural vision. One large legal team is experimenting with this by having pilot groups which are cross functional and cross-geographies from around the team meet and discuss ideas on change and what needs to change. The groups have very little formal direction other than broad guidance to a legal team which has historically been more hierarchical simply because of its size and geographical spread.

But you need to be mindful of cultural bias and this is front of mind with many organisations as a result of Black Lives Matter. The general counsel we spoke to pointed out the need to be attuned to whether cultural values reflect a cultural bias. Ensuring there is involvement from all regions and geographies is key, as is interrogating our own cultural values and ensuring they translate in the same way across other cultures.

What's tricky is when you have what is seemingly a group of people with the same cultural values, they can know culture change is right in the academic sense, but not really believe in it. They actually have to buy into that cultural change because that is what is happening operationally every day and it permeates the whole organisation.

Living it every day

Most general counsel felt it had to be mix of bigger gestures by leaders combined with an awareness that everyone can make a difference. Ultimately the most powerful message is how leaders behave and that can really drive through a particular set of cultural values. It comes down to consensus around a simple set of messages and behaving like that every day.

Where culture change often fails is where the messages are not embedded in everyday behaviour particularly by leaders. For example, do recruitment and promotion practices reflect key cultural values? Do meetings allow everyone to feel included, able to speak their mind and share ideas? One general counsel spoke of ‘operationalising respect’ as a means to drive culture change using the concept of respect, which cuts across identity groups, as the driving force for this.

Culture change has to be dynamic and ongoing. A key aspect of this can be fostering a culture where it’s ok to call out behaviour in the moment.

Calling out bad, but also good behaviour, in the moment can be an incredibly strong tool for culture change. To start this effectively it has to come from the top down and has to have the investment of the executive. In one organisation, the general counsel shared that empowering employees to call out behaviour in the moment that was or was not aligned to their key values was a key focus. In Catherine A. Sanderson’s book Why We Act: Turning Bystanders into Moral Rebels (Harvard University Press 2020) having empathy is significant in being able to move from being a bystander to someone who speaks up. In organisations such as the one mentioned above which is trying to turn being a courageous bystander or moral rebel into part of the cultural fabric, having led ‘courageous conversations’ around challenging topics can prepare people and make them feel comfortable being able to speak up when a real-life pivotal moment comes.

Looking beyond your boundaries

When defining and operationalising culture change it mustn't be limited to looking internally but also looking externally, at customers and key stakeholders. What do they expect your culture to be? Are there factors driving them which you need to be mindful of both now and in the future? Many of our general counsel mentioned sustainability as a cultural pillar which has been driven as much if not more by external forces than by internal ones. We also see this in criticism of corporate responses to Black Lives Matter. Responses which seem only about publicity are being interrogated in the light of how much your corporate culture furthers or detracts from the goals of racial equality? Many of the general counsel felt that boards could have much more of a role than they currently do in changing culture but as regulatory focus and investor pressure shift more to culture we shall see more interest from boards than is currently the case.

If you'd like to find out more about operationalising the culture of your organisation and ensuring that we are helping to practically create the cultures that we need in our organisations, join us for the next webinar in our Brave New Law series for General Counsel. Our panel will be sharing practical ideas from their perspectives as leaders in organisations with very different cultures on how to operationalise key aspects of culture such as respect; purpose and potential.

Catherine McGregor is an experienced thinker on the legal market and particularly on the role of the general counsel, the future of the legal profession and inclusion in law. 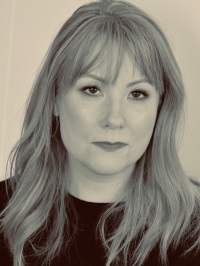 Find out more about Catherine's work >