Dental negligence and the long arm of the law

The recent case of Breakingbury v Croad (Cardiff County Court – 19 April 2021) has sent shockwaves through the dental profession and shines a light (once again) on how the challenging concepts of vicarious liability and non-delegable duty of care can operate to expose owners of dental practices to negligence claims where the criticised treatment was performed by a 'self-employed' Associate.

For those unfamiliar with the usual contractual and indemnity arrangements in NHS dental practices, the convention is that a practice owner will hold the NHS contract and engage Associate Dentists to perform the treatment on a self-employed basis. This has (historically at least) meant that the practice owner will require Associates to hold their own indemnity or insurance against a dental malpractice claim, but will not have secured any cover for themselves as an 'employer' on the basis they didn't see themselves as one. As a result any treatment claim directed to the owner on the basis of vicarious liability/non-delegable duty would be uninsured meaning that an owner faced with such a claim would have to meet their legal defence costs and any damages/costs awarded to a claimant out of their own pocket. Such was the situation for Mr Croad.

After the Supreme Court handed down their decision in Barclays Bank PLC v Various Claimants UKSC [2020] ('Barclays') there was a collective sigh of relief for those advising defendants in clinical and abuse contexts in the belief that clearer lines for identifying vicarious liability had been drawn, even if this meant that a significant number of claimants were left without redress. After the pandemic related disruption that the world has experienced certainty in any arena is to be welcomed, so how can this decision involving historic treatment be understood?

The Defendant dentist owner, Mr Croad, retired as a dentist in 2000 but continued as practice owner until 2012. The claimant received treatment she alleged as negligent between 2008-2012 from Associates working at his practice.

The claimant sought a decision from His Honour Judge Harrison on 3 preliminary issues, namely;

*This article does not address the limitation issue in any detail but for completeness, the Judge concluded that there was no limitation defence available to the Defendant, finding that the claim had been brought within 3 years of the Claimant's date of knowledge.

Mr Croad did not dispute that he was the practice owner at the time of the criticised treatment and accepted that he held the contract for providing 'personal dental services' to NHS patients with the Local Health Board. In view of the time that had elapsed the actual contacts he had put in place with the Associates could not be located, but the standard BDA (British Dental Association) precedents were relied upon to support his argument that the Associates were self-employed rather than employees of the practice.

Question 1 - Was a non-delegable duty of care owed?

Guided by the cases of Woodland v Swimming Teachers Association (2014) AC 537 (where Lord Sumption identified 5 'defining features') and Ramdhean v The Forum Dental Prcatice Ltd (unreported, 28 January 2020)(where similar arguments were addressed) he concluded that the dental environment was not capable of being distinguished from that of a hospital, school, or prison, such that dental patients were vulnerable, had a relationship with the practice (rather than the individual dentists) which in turn generated a duty of care. Finally the Judge concluded that there was 'good reason' to impose a non-delegable duty on this Defendant, by virtue of the contract agreed with the Local Health Board and that any 'unfairness' to the Defendant could be resolved by him recovering any losses by pursuing his former Associates personally.

Question 2 – Was the Defendant vicariously liable?

After referring to the Supreme Court's decision in Barclays and the cases that predated it the Judge concluded that the Defendant was essentially sunk by his own evidence – namely as a provider of dental services the Defendant was obliged to ensure that the required standards were met, which included Associates hitting their treatment and activity targets. The Associates were essentially engaged in delivering the obligations of the practice (and its owner) not in furthering their own separate business interests. As a result, the Defendant was vicariously liable for the Claimant's treatment up until the point he sold the practice.

What does this mean for those involved in dental negligence claims?

This county court decision provides another unhelpful precedent for owners of dental practices, their insurers, indemnifiers and advisers. The Judge rightly recognised the scope for the Defendant to pursue the treating Associates as individuals but there can be challenges in 'pressing the button' on that remedy including –

All those involved in healthcare litigation want to see victims of negligence appropriately compensated but is it right that this comes at significant personal cost to those who were not directly involved in the treatment? The Department of Health and Social Care published a consultation on indemnity cover for healthcare professionals who are not covered by any existing or proposed state-backed scheme on 6 December 2018, which closed on 28 February 2019.  We look forward to the dust being  blown off those findings and steps taken to provide all parties with greater certainty.

For further information upon any issues arising in this article please contact Vicki Swanton. 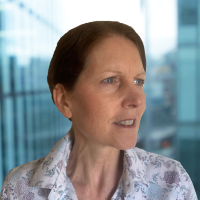