It was recently reported that Switzerland’s highest court has given Geneva prosecutors the go-ahead to send evidence requested by the Serious Fraud Office (SFO) as part of its long-running and controversial investigation into Eurasian Natural Resources Corporation.

The evidence appears likely to have been provided under a request for mutual legal assistance (MLA) issued by the SFO to Geneva prosecutors. This article explains the law surrounding MLA and the latest tool available to investigators in cross-border criminal law enforcement, the Overseas Production Order.

MLA is a method of co-operation between states for obtaining assistance in the investigation or prosecution of criminal offences, which is generally used for obtaining material that cannot be voluntarily obtained between authorities. Requests for assistance are made by a formal international letter of request (LOR).

It is not necessary to issue an MLA request every time evidence or other information is required from abroad. However, if a court order is required to obtain the evidence in the UK then it is likely that it would also be required in the majority of other countries. In these circumstances, an LOR to a judicial authority with the power to order the coercive measure would be appropriate.

Requests for assistance from overseas authorities to the UK are often referred to the SFO for the use of their compulsory powers to obtain the evidence sought. The SFO has compulsory powers under section 2 of the Criminal Justice Act 1987 to require any person or body to answer any relevant questions, produce relevant documents and, in limited circumstances, to obtain a warrant to search premises and seize documents.

However, MLA is a notoriously slow method for obtaining evidence due to the requirement for judicial oversight in the country that receives a request and the potential delays which can arise. According to the UK Government, it takes an average of 12 months for an MLA request sent from the UK to the US to result in the production of the requested data, which is plainly inadequate for concluding investigations in a timely manner.

The Overseas Production Order (OPO) provides a new and quicker means of compelling the disclosure of electronic data stored overseas, which represents a dramatic step-change in cross-border criminal law enforcement.

The Crime (Overseas Production Orders) Act 2019 gives UK law enforcement agencies the ability to apply to a Crown Court judge for an OPO which, if granted, will require the specified overseas communications service provider (CSP) to provide, or allow access to, stored electronic data for investigating and prosecuting serious crimes.

Unlike MLA, which is a state-to-state request, the CSP is served with the OPO directly, which then has a default period of seven days in which to produce the data. The authorities of the receiving country have no power to review the Crown Court judge's decision to grant the OPO.

By imposing strict time limits on the recipient of the OPO and removing the supervisory role of the receiving country's authorities, it is intended that law enforcement officers will receive the data far more quickly than by relying on MLA.

However, in order for an OPO to be issued, an international co-operation arrangement must have been entered into with the government of the country in which the data is located or from where it is controlled. At the moment, there is only one such agreement in place between the UK and US. Whilst similar agreements are envisaged, the UK/US Agreement is undoubtedly the most important as the US plays host to many of the largest CSPs, such as Google.

Complying with an OPO could cause difficulty for the CSP upon whom it is served. Exemptions apply for data protected by legal privilege and confidential personal records, which CSP's will need to consider carefully when responding to an OPO. The recipient of the OPO can also apply to the UK courts to vary or revoke it, and where OPOs require disclosure of large quantities of data it is anticipated the courts will extend the timeframe within which to comply.

Challenges by suspects can obviously only be brought if they are aware that the OPO has been made. However, applications for OPOs will generally be made without any notice being given to the suspect, who will often then only learn of its making when the relevant data is disclosed by the prosecution.

Evidence obtained pursuant to OPOs is admissible in subsequent criminal proceedings, thereby making this a powerful new tool at the disposal of investigators that will increase the ease with which electronic evidence can be obtained from the US, and provide the potential to uncover incriminatory messages which previously lay beyond the reach of UK investigators.

Those who find themselves in this situation are advised to seek expert assistance promptly in order to ascertain next steps. If you have any questions, or would like more information about how we can support you, please contact one of the authors below. 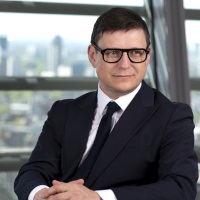 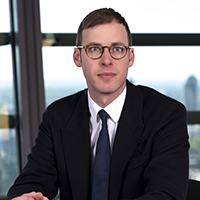