The recent case of Capita Pension Trustees Ltd & Anor v Sedgwick Financial Services Ltd & Ors [2019] EWHC 314 (Ch) is interesting in so far as it provides helpful guidance as to the principles for succeeding on a strike out / summary judgment application. It also serves as an important reminder of the need to have a clearly defined written retainer in place with the client so that the scope of work is clearly set out and understood between the parties, as well as the circumstances in which a retainer could be implied by conduct.

The main proceedings concerned a professional negligence claim by the Claimant Pension Trustees ("Capita") against the Defendant, Sedgwick Financial Services ("Sedgwick"), in respect of advice given in relation to the administration of the Sea Containers 1990 pension Scheme ("the 1990 Scheme").  The largest element of the claim involved a purported attempt in 1995 to equalise pension ages for all male and female members under a pension scheme ("the 1995 announcement"), which turned out to be ineffective.  Sedgwick provided administrative, consultancy and actuarial services in relation to the 1990 Scheme, but denied providing legal services and instead, brought a Part 20 claim against the third party firm of solicitors, Denton Hall ("Dentons") who, it was alleged, had provided  legal services to the Claimant Trustees "at various times", seeking an indemnity or contribution in relation to Capita's claim.

Dentons denied that they had been retained or instructed, or otherwise owed a duty, to advise on the formalities of equalisation and that, instead, their advice had been restricted to employment issues. Dentons subsequently applied to strike out certain paragraphs of Sedgwick's claim against it  seeking an indemnity/contribution from Dentons, thus disposing of the claim against it, or alternatively, they sought summary judgment on those paragraphs.

On the question of whether the claim could be struck out, the court had to decide whether the Part 20 claim disclosed no reasonable grounds for bringing the claim. Dentons submitted that the court should not tolerate a pleading which alleges that a contract was said to have been agreed on an unknown date. However, the court considered that this was not a simple case where the solicitors had been instructed to advise on an isolated matter on a specific date or within a specific time period. Dentons had been retained in respect of an earlier scheme and the 1995 announcement, which was accepted by all of the parties. The court had to consider all the circumstances, noting that contractual duties may be written, oral or inferred from conduct: "Where the parties act as if the relationship of solicitor and client existed, even though there is no express written agreement to that effect, an implied retainer may be inferred from their conduct. That might arise where a solicitor is retained to act in a past transaction but reviews documents in respect of a subsequent transaction. All the circumstances, for example, meetings, attendance notes, correspondence, have to be examined to see if a retainer can be inferred."

The court considered that Sedgwick's claim against Dentons had a realistic as opposed to a fanciful prospect of success. The Master commented that she did not have to find that the claim was bound to succeed, just that there was some degree of conviction and, therefore, this was not an appropriate case for summary judgment. Owing to there being a complex factual matrix, the court considered that the issues should be determined at trial.

Whilst the High Court was concerned with the criteria for succeeding on a strike out/summary judgment application, the decision highlights the importance of having a written retainer in place with the client so that the scope of work is clearly set out and understood between the parties and not to allow the retainer to be implied by conduct. The Code of Conduct 2011 suggests that certain information be put in writing.

In attempting to minimise the risk of claims for breach of contract or negligence being brought, it is best practice for a solicitor to record the scope of the work the firm has been retained to carry out  and to keep this under review. Whilst different areas of a solicitor's practice operate in different ways so, for example, in transactional work often the parties thoughts and instructions are contained in travelling drafts and notes, where possible and appropriate, key issues discussed at meetings and during the course of telephone conversations should be recorded in writing for the file. Courts have frequently emphasised that they will look first to contemporaneous documents when trying to ascertain what happened in past events in preference to human recollection as it is likely that a person's memory of the detail of what was discussed will fade over the passage of time. There may be a further issue where there is an absence of files notes if the person who carried out work on the file is no longer at the firm.

If a solicitor's retainer is limited in scope that should be made clear in writing to avoid any misunderstanding with the client, with it being prudent for a solicitor to confirm their instructions and their advice in writing. 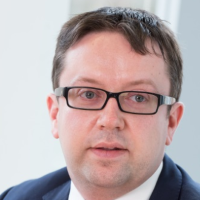