DWF acted for Basildon Borough Council on the instructions of Travelers Insurance Company.

The claimant was walking towards the centre of town when he tripped due to the difference in levels between an area of flagged stones and a tarmac area. The difference had formed as a result of the tarmac degrading and sinking. The claimant alleged he suffered a soft tissue injury to his ankle.

He brought a claim for personal injury against the defendant under the Occupiers Liability Act 1957 and in negligence. The defendant acknowledged that it owned the land but alleged that the path was in fact a public right of way. Applying McGeown v Northern Ireland Housing Executive [1994] the defendant contended that it owed no duty to the claimant under the Act.

McGeown v Northern Ireland Housing Executive [1994]
The claimant in this case tripped over a hole in a footpath passing through a housing estate. The defendant housing authority owned the land but the public had acquired a right of way over three footpaths which crossed over the land.

Secondly, in this case and in most cases concerning a public right of way, the person using the right of way will not in fact be a "visitor" for the purposes of the Occupiers' Liability Act 1957. For the purposes of the Occupiers' Liability Act 1957, a person is a "visitor" if, at common law, he would be regarded as an invitee or licensee or be treated as such. This will include a person lawfully using premises provided for the use of the public for example a public park, a shopping centre or somebody entering with lawful authority (for example a policeman with a search warrant). Merely crossing land in pursuance of a public or private right of way will not deem a person to be a "visitor" as there is no permission required by the occupier to be there if the land is a right of way.

District Judge Molineaux dismissed both the claimant's application and the claim:

The area was paved and adjacent to flats but there was fencing separating the flats from the paved area. The area was open and accessible to the public from the footbridge over the dual carriageway. Once over the footbridge you could access the housing estates or make your way to the town centre along the path in question. There were no signs to restrict access and area was open and free to use by all. The defendant's witnesses provided evidence that the area had been used by the public from at least 1970.The claimant himself was going to the town centre. It was not seriously challenged by the claimant that the area was not used by members of the public.

The District Judge indicated her sympathy for the claimant in the circumstances. Nevertheless she felt bound by the House of Lords decision in McGeown and unable to make an alternative finding.

Much time was spent exploring the defendant's post incident reactive repair and whether an assumed duty could be inferred from those actions, akin to the positive duty set out under the Highways Act 1980. Correctly, the District Judge felt on balance she could not go this far.

For defendants, comfort should be taken that McGeown remains good law. On similar facts defendants should avoid assuming that a duty will be owed either under the Occupiers' Liability Act 1957 or the Highways Act 1980. McGeown shows that there is a lacuna which can be useful for a defendant and provide a complete defence to a claim.

From a practical perspective, it assisted that the defendant here was able to provide good evidence from three witnesses on the use of the area from the 1970s through to the present day (including visiting the site after the event and noting how many members of the public passed through). The District Judge, whilst clearly sympathetic to the claimant, was unable to distinguish McGeown and accordingly dismissed the claim. 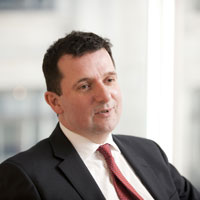