The Department for Business has published the Retained EU Law (Revocation and Reform) Bill. The Bill aims to sunset the majority of retained EU law so that it expires on 31 December 2023.

If the Retained EU Law (Revocation and Reform) Bill passes as introduced, it is about to shake up our regulatory world. If and when this becomes law it will be the one of the biggest changes in regulation in the UK, perhaps ever. Why? It is the legislation that gives effect to Liz Truss' promise to banish EU retained law from the end of 2023, but goes much further than that and also impacts anything that is EU-derived. That is far more wide reaching and at least potentially unpicks huge amounts of legislation from health and safety to food safety, to consumer protection and many other areas besides – and if there is not a vast amount of action by the Government in the next 15 months, it will wipe the regulatory slate clean.

In a feeling of déjà vu, back in 2017/18 we discussed how there would need to be a tsunami of legislation to make Brexit work practically, and how we stood to lose huge amounts of our regulation if we were not careful. While we were pleased that the risk abated and was largely dealt with by legislation, we are now about to embark on a second entirely self-inflicted and entirely unnecessary raft of change. Given the challenge the first time around, we had not expected that there would be a total rewriting of everything so soon, and had hoped for a much more targeted and strategic approach to deliver change for those areas that need change or would deliver growth. Unfortunately, that is not the approach being taken here, the metaphorical regulatory baby is being thrown out with the regulatory bathwater here.

At a time when we have a recession, soaring energy prices, and are trying to recover from the impact of COVID – these vast regulatory changes really don't appear logical. However, as the budget recently showed, it appears that risks are order of the day and we need to buckle up for an 'interesting' time.

Whilst this is just the draft of the Bill, as introduced, and has many stages to go, it is not something that people should ignore at their peril.

What is going to happen?

Simple, the following are revoked at the end of 2023 — (a) EU-derived subordinate legislation; (b) retained direct EU legislation.

Not changed, not amended. At the end of 2023, unless other actions occur they will be uprooted and no longer be law.

The words alone do not emphasise how significant this is, however when you consider the laws that are impacted it's evident how truly seismic this is. This is much more than just removing EU regulations that were referred to as retained law.

Removing the EU Regulations alone would be profound enough and the Government's own tracker suggests that there are 2400 pieces of regulation across 21 government departments in this space: 437 owned by DEFRA. This category just relates to regulations and decisions, but it covers all of the central laws impacting food safety for instance. However, also much more than just that, for consumer sector businesses; the General Food Regulation, the additives regime and all related laws, novel foods, health claims, chemicals regulations such as CLP and REACH, would be uprooted – the list goes on.

What is more concerning is that this Bill captures anything that is born of an EU requirement and is now enshrined in our law, in practical terms anything that was implemented from a directive. It includes any domestic subordinate legislation so far as — (a) it was made under section 2(2) of, or paragraph 1A of Schedule 2 to, the European Communities Act 1972, or (b) it was made, or operated immediately before IP completion day, for a purpose mentioned in section 2(2)(a) of that Act (implementation of EU obligations etc).

This is of a scale that is beyond comprehension and requires infinitely more unravelling as all of these obligations exist in domestic law and therefore were never 'retained'. This means that at the end of 2023 some of the regulatory greatest hits across all areas of law will join the removal list. We would say farewell, amongst other things, to the:

To demonstrate the scale of the task, on Westlaw there are 487 regulations listed under section 2(2) that just start with the letter 'A' exclusively, granted many are amendment regulations, and some have already been repealed – however the scale and scope of this task should not be under estimated, particularly as the law we are discussing is already domestic.

It is quite possible. Firstly, the Bill provides for some extension periods for the revocation dates, however only until 2026 – therefore we may see this being delayed further. This seems like a plausible option given the way in which dates in other areas have not been adhered to, and the scale of the task.

Moreover, in what feels like an entirely politically motivated step, it is possible for secondary retained EU law to be restated, e.g. it is possible that a right after revoking the EU version the exact same requirements could be restated as GB law – then it would be GB law and not EU law. Whilst only politicians may appear to benefit from this, it alludes, that similarly to the Brexit operational adjustments, it will be necessary to learn all of the new laws and critically ensure that nothing is changed after restating – we know that previously various subtle changes appeared. Staying ahead of these potential restatements will be vital, as will ensuring that your voice is heard during the period of time that inevitably will exist where consideration is given to the status of the laws.

Thirdly, there are some unconventional exemptions, including section 1(2) which says that subsection (1) does not apply to an instrument, or a provision of an instrument, that is specified in regulations made by a relevant National Authority. Relevant National Authority is defined as a 'Minister of the Crown' and given that most statutory instruments will be made by a Minister, it may mean that no changes occur and the blanket exemption is inconsistent with the explanatory notes which say a Minister 'may exempt specified domestic subordinate legislation and RDEUL, or particular provisions, from the sunset…'

Could we only amend what needs amending, as opposed to uprooting all?

At a time where we are already spending immense amounts of money to bolster the economy, entirely uprooting our regulatory framework and/or writing does not seem logical use of limited funds. The hope is that as The Bill makes it ways through Parliament, there is less focus on the sound bites of taking back control and more focus on what this actually means and how this will actually work in practice. The approach to the EU Border is an alarming precedent here.

In principle, the underlying review and consideration of the body of law and improving it when there is a business case to do so is a phenomenon that could and should have been implemented over a period of time making incremental changes – and if not broken, it should not need fixing simply because of its EU origin. After all, no one has a monopoly on good ideas (or bad ones for that matter). In many areas of regulation the EU rules are ironically ideas GB created in the first place.

Just when we hoped that there might be a period of regulatory stability on the horizon, it looks like the horizon is ever more uncertain and there has never been a more important time for horizon scanning. It will be vital for all business to stay ahead of regulatory changes. 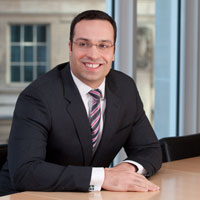