With Law no.128 of 2 November 2019, published on the same day as the Official Gazette of the Italian Republic and entered into force the day following its publication, the Italian Parliament has enacted the Law Decree no. 101 of 3 September 2019 introducing new important provisions for the renewable energy sector.

The Law, "containing urgent provisions on employment protection and the resolution of corporate crisis", has approved changes in article 42 of the Legislative Decree no. 28/2011 with particular reference to the  incentives and the sanctioning powers of the GSE.

The main novelties are as follows:

All these changes will have an immediate impact on the renewable energy operators and on their relationship with the GSE. It is important to specify that (i) the GSE will be required to apply the new provisions to all pending administrative proceedings, regardless of a party's request, and (ii) with regard to the pending judgements, the party's request will result in a waiver of judgement.

Finally, it is important to note that with these regulatory changes, the principle that the sanctioning powers of the GSE must be in compliance with the principle of proportionality has been reaffirmed, in order to safeguard the investments made by private operators in the renewable energy field. 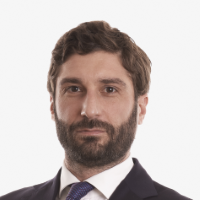