The respondents, DSD and NPV, were victims of John Worboys, a black cab driver and serial rapist who sexually assaulted over a hundred women, between the years 2003 and 2008. DSD was attacked in 2003 but Worboys was not identified as the assailant. NBV on the other hand, was attacked in 2007, following which Worboys was arrested as a suspect but eventually released without charge.

In February 2008, the police carried out a review of several sexual assault cases which culminated in a media appeal through which DSD and NBV were identified as victims of Mr Worboys, along with a large host of other women who were also identified. Mr Worboys was then subsequently arrested and convicted of 19 counts of sexual assault, including the assault on NBV.

DSD and NBV then issued proceedings against the police alleging that; (i) the police failed to conduct proper investigations into the assaults by Worboys, and (ii) this failure amounted to a violation of their rights under article 3 of the European Convention on Human Rights (ECHR), which provides protection from torture and inhumane or degrading treatment.

The main issue in question concerned the extent to which article 3 imposed a positive obligation on public bodies like the police, to thoroughly investigate reported crimes perpetrated by private individuals. Prior to the Supreme Court appeal, both The High Court and the Court of Appeal had found that a positive obligation to investigate did in fact exist, and had on this occasion been breached. Compensation had been awarded accordingly but the police did not seek to challenge the award as part of this appeal.

The appeal was dismissed by unanimous decision.

Giving the main judgement, Lord Kerr found that the ECHR case law pointed to the existence of a positive obligation under article 3, and went on to conclude that the police had an operational duty to conduct a proper investigation into behaviour which breached article 3. He found that there was a need to ensure a rigorous enforcement of laws which were aimed at protecting article 3 rights, and as such, a proper investigation needed to be carried out into any conduct which contravened such laws. Lord Kerr also found there to be extensive ECHR case law showing that the positive obligation to carry out effective investigations into potential breaches of article 3 rights, were not restricted to cases involving the actions of public bodies, but also cases involving non-state actors like Mr Worboys in this case.

This decision in this case therefore extends the police's investigatory duties under the general law of torts, by establishing a separate and more stringent positive duty pursuant Article 3 of the ECHR. 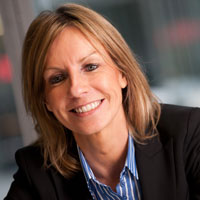