Like the commercialisation of sport itself, the business of merchandising, marketing and endorsements using a sports person’s name, image and likeness has grown exponentially in recent times.

In this article, we focus on the ability of sports people to register their names as trade marks and how to protect and enforce a sports person’s brand / image rights. (You may also like to see our page featuring the top four practical tips for registering trade marks for sports people »)

What is the value of a sports person’s name?

It is often said that a celebrity’s name is worth more than their services. Therefore, the commercial value of a high profile sports person’s name will often be reflected by the value of the endorsement agreements they enter into.

Every day, sports people can be found on various media platforms acting as brand ambassadors for an extremely diverse range of businesses, products and services. The value to third parties of their endorsement is made obvious by the fact that often there appears to be no sporting, professional or personal alignment between the sports person and what is being endorsed.

In order to protect this commercially lucrative commodity, sports people can attempt to register their name as a trade mark or rely on the common law principle of passing off.

Typically, the primary function of a trade mark is to indicate the origin of a product or service and to distinguish the goods or services of one business from another. However, it has become increasingly popular for sports people to try to trade mark their name in an attempt to exploit their image rights and to enforce the protection afforded by the trade mark against unauthorised use.

When a sports person’s name is registered as a trade mark, it is protected under the Trade Mark Act 1994. As a result, trade mark infringement is actionable by the sports person.

Any sign which can be represented graphically and is capable of distinguishing the goods or services of one business from another is potentially registrable as a trade mark.

An example in the sports industry is that of Gareth Bale’s ‘Eleven of Hearts’ trade mark (now surrendered). The Wales international footballer was successful in trade marking his goal celebration ‘Eleven of Hearts’ as a logo in 2013, ensuring that only he could use the logo on any future merchandise. However, problems can arise when it comes to registering a sports person’s name.

To successfully register a trade mark, the applicant mark cannot, amongst other bars to registration:

When it comes to registering a famous sports person’s name as a trade mark, the distinctiveness requirement poses a problem. Can it be said that a name is distinctive enough to inform consumers that a product or service which holds the name originates from that person’s own brand?

Alan Shearer, Eric Cantona and Michael Owen have been successful in registering their names as trade marks for various classes of goods and services, the majority of which relate to sports. However, Mark Hughes and Sir Alex Ferguson failed in their attempts to register their names as trade marks as they failed to attract the required distinctiveness. Some players have attempted to circumvent this problem by registering their nicknames and/or signatures, for example, Paul Gascoigne registering ‘Gazza’.

Lack of distinctiveness can inadvertently be caused by the fame of the sports person. Often, the more famous the individual is, the more difficult it is to register his / her name as a trade mark, especially if their name has already been used by third party merchandise businesses on a range of goods. Sir Alex Ferguson’s application was refused as his name was too widely known and used regularly for various types of merchandise. However, if a sports person were to apply to register a trade mark for their name before they gained significant fame, then the name is not too widely known to introduce it as a trade mark. For example, Joe Cole was successful in trade marking his name in relation to posters, as he did so before gaining significant fame.

The recent case of Rihanna’s passing off claim against Topshop highlights that the most effective tool for enforcing a sports person’s image rights may be the tort of passing off.

There are three essential elements required for a successful claim for passing off:

In the case of Irvine v TalkSPORT Ltd, the Formula 1 racing car driver, Eddie Irvine, was successful in arguing that a radio station, by manipulating a photograph of him and making it look like he had endorsed the radio show, was guilty of passing off. It was held that there was nothing in law to prevent a case of passing off being made out in a false endorsement case.

The recent Court of Appeal case involving Rihanna’s passing off claim against Topshop confirmed that the courts are willing to accept claims for passing off when there is unauthorised use of a celebrity’s image. Here, an independent third party photographer, who owned the copyright in a photograph of Rihanna, licensed use of the photograph to Topshop. The fashion retailer then incorporated the image onto one of its garments.

Rihanna and her corporate licensing vehicles issued proceedings against Topshop for passing off and claimed that, whatever the copyright position may be in relation to the photograph, the use of Rihanna’s image on the t-shirt was not authorised. Whilst the court confirmed the basic principle of English law that there is no ‘image right’, it was held that a party may not represent that its goods or services originate from another to the extent that damage is caused to the goodwill / reputation of the Claimant, in this case the damage being the loss of the licence fee which Topshop would have had to pay to Rihanna.

At first blush, this case may represent a significant win for those who advocate the need for an ‘image right’, but the Court of Appeal stated:

If possible, it is extremely beneficial for a sports person to trade mark their name with a view to protecting their reputation, brand and commercial value. To ensure that sports people give themselves the best possible chance of being able to secure trade mark registration of their name, and to protect their brand.

The sports sector is a unique marketplace. In this highly pressurised and fast paced environment, the right decisions can positively influence a career, enhance an appearance in the public eye, or protect commercial or private interests. If you have any questions about trade marks or any other issue relating to sports law, please do get in touch. 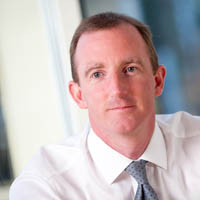