The Supreme Court case n. 3461/21 of 11 February 2021 rules that the constitution of the surface right on an agricultural land, for the construction of a photovoltaic plant, is subject to the registration tax at a 9% rate instead of 15%.

The Court of Cassation rules case n. 3461/21 and rejects the appeal of the Revenue Agency, which held that the registration tax at the 15% rate should be applied in case of constitution of the surface right on agricultural land for the construction of photovoltaic systems by the holder of the surface right.
The Court, confirming its position already expressed in judgement no. 16495 of 2003, states that the registration tax at the rate of 9% should be applied in the present case considering that it concerns the constitution of a right in rem of usufruct and not the transfer of the ownership of the agricultural land.

The Supreme Court's thesis is based on the assumption that the right to build and maintain a construction on another person's land, known as the "surface right", is a "constituted" right and not a "transferable" right. The institution of the "transferring" would materialize only if a construction is built in the exercise of the right of surface and the successor in title subsequently disposes of it.

Given that the third sentence of article 1 of the Tariff Part One attached to the Presidential Decree 131/1986 only concerns the "transferring" of agricultural land, while the first sentence concerns any "constitutive act" of real estate rights, the constitution of the surface right (regardless of the agricultural or building nature of the area on which it is located) is subject to registration tax at a 9% rate.

If you have any enquiries, please contact Tancredi Marino or Vincenzo Lorusso. 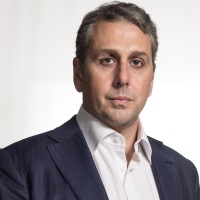 DWF, the global legal business, had advised Accloud PLC - a company incorporated under English law operating in the sector of assistance and consultancy to SMEs located in emerging markets - in the issue of an unsecured convertible bond for a principal amount of Euro 10 million and a duration of 2 years.

Insights
Webinar recording: Public Inquiries - what to expect and how to prepare 21 Jan 2022

DWF, the global provider of integrated legal and business services, has appointed Lucy Tolond as a Partner to its Insurance team in London.