Brexit: the possibility to operate in Italy for UK investment firms and banks has been extended for 6 months

On 31 December 2020, the Law-Decree no. 183 of 31 December 2020 was published in the official Journal of the Italian Republic ("Gazzetta Ufficiale della Repubblica Italiana") (the "LD").

On 31 December 2020, the Law-Decree no. 183 of 31 December 2020 was published in the official Journal of the Italian Republic ("Gazzetta Ufficiale della Repubblica Italiana") (the "LD").

In particular, the LD allows banks, investment firms, electronic money institutions and other entities identified by the LD (the "Supervised Entities") (1), with registered offices in the United Kingdom and Northern Ireland, to continue to operate in Italy – limited to the existing relationships and in compliance with the other conditions identified by the LD – up to a maximum of 6 (six) months following the expiry of the so-called "transition period" (2) (i.e. 31 December 2020).

To this end, it is necessary that such Supervised Entities have already submitted to the competent Supervisory Authorities, by 31 December 2020, a specific application for authorisation to carry out activities as third country intermediaries or for the establishment of an Italian intermediary to which to transfer the activity (3).

In case of refusal of authorisation by the competent Supervisory Authorities, the Supervised Entities are required to cease the activity carried out in Italy as soon as possible and, in any case, no later than 3 (three) months from the date of communication of such refusal.

Furthermore, Supervised Entities which have ceased the activities at the end of the "transition period" (or at the end of the 3 (three) month period referred to above) are required to return to customers the cash, assets and financial instruments belonging to them, in accordance with the instructions received.

Moreover, with reference to loans, the termination of the activity does not entail any changes in the timing and method of payment of interest and repayment of capital by the customer.

(2) It should be noted that, as of 1 February 2020, the United Kingdom ceased to be a Member State of the European Union and, therefore, as of that date it is considered to be a third country for the purposes – inter alia – of banking and financial services legislation. However, on 30 January 2020, it was ratified the agreement setting out the arrangements for the United Kingdom's withdrawal from the European Union (2019/C 384 I/01) pursuant to which European legislation, including the rules concerning the banking and financial services, continue to apply as if the United Kingdom were still a Member State, until the end of the "transition period" (as defined under such agreement), which was scheduled to last until 31 December 2020.

(3) It should be noted that insurance companies are subject to different rules from those set out above, in accordance with Article 22, paragraphs from (6) to (10), of LD. 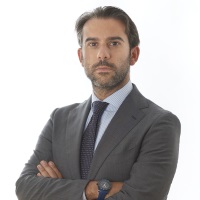