Collective Redress in the European Union

After many months of deliberation, negotiators acting on behalf of the European Parliament and Council recently reached agreement in relation to the draft text for the first EU-wide rules on collective redress.   The draft Directive is part of the EU's 'New Deal for Consumers', launched in 2018 and aimed at strengthening consumer rights.  Subject to the formal approval of both institutions, Member States will be required to enact these rules over the next two years.

After many months of deliberation, negotiators acting on behalf of the European Parliament and Council recently reached agreement in relation to the draft text for the first EU-wide rules on collective redress.   The draft Directive is part of the EU's 'New Deal for Consumers', launched in 2018 and aimed at strengthening consumer rights.  Subject to the formal approval of both institutions, Member States will be required to enact these rules over the next two years.

The headlines from the draft text are as follows:

How significant is this development?

At least 19 Member States have some form of representative action procedure in place for domestic actions already.  There has been a general trend of European countries moving to enact laws which facilitate collective proceedings in recent years, and this is an extension of this trend.

Enabling cross border claims across the EU, with a set of harmonised criteria, is plainly a significant development.  However, this Directive will not lead to a standardisation of rules across the EU as countries retain a significant amount of control over the manner in which representative actions can take place.

Opt In or Opt Out?

The position adopted by the EU in the latest text of the draft Directive is good news for potential defendants.  The original European Commission text required each Member State to introduce an opt-out mechanism in relation to some types of claims, including those concerning identifiable consumers.  An 'opt out' collective redress system automatically includes all persons within a certain class unless that person chooses to opt out.  This can lead to much larger numbers of claimants being included within an action, as it does not require an individual to proactively seek to join the action.

This proposal has been removed from the final text.  If Member States choose to include a domestic opt out system, this system cannot extend to potential claimants beyond the Member State's borders.  This significantly tempers the impact of the Directive.

The draft Directive empowers 'Qualified Entities' to bring representative proceedings on behalf of consumers.  There are strict criteria governing whether a body can be properly classified as such.  The body must be able to demonstrate that it has a legitimate interest in protecting consumer interests, and be able to show that it has at least 12 months of public activity in this field.  It must also not be profit making and be able to demonstrate that it is independent from any persons who may have an economic interest in pursuing such an action, other than those consumers it is acting to protect.

Significance for the UK in the wake of Brexit

The UK's position in relation to this draft Directive (and other consumer protections) remains to be seen.  The UK left the EU in January 2020, and the transition period is due to expire at the end of this year.  Negotiations continue, and the extent of alignment between the UK and EU on consumer protections has not yet been determined.

The UK already has various mechanisms in place by which collective redress may be sought.  A Group Litigation Order may be used to manage a group of claims (and a full list of all GLOs can be found here).  It is also possible to bring a representative action where more than one person has the same interest in a claim and the claim is brought by or against one or more of those persons.

'Opt-out' collective actions, and the use of representative bodies, are not generally permitted in English law (with the exception of proceedings which are brought in the Competitions Appeals Tribunal).  If the UK decides to align with the EU in relation to this draft Directive, the introduction of 'Qualified Entities' being permitted to pursue representative actions could have a significant impact on litigation in the courts of England and Wales.  In these circumstances, consumer groups (such as Which?, or other sector specific groups) could use this as an opportunity to lead collective redress actions.  However, in the absence of a widely used 'opt out' system it is unlikely that class actions will be seen on the same scale in the UK or more widely in the EU as they are in the US.

The draft Directive can be seen as part of an overall trend in European countries (including the UK) to move towards the facilitation of collective redress.  Potential defendants, including manufacturers, retailers and suppliers (and their insurers), will want to monitor these developments closely.  Any move towards a US style system of opt out class actions led by representative parties would be a radical change to the landscape of European litigation. 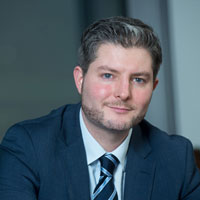