The Governor of the Central Bank of Ireland, which is Ireland's insurance regulator, signalled earlier this week that it is considering taking legal action to resolve standoffs between insurers and businesses on coverage disputes relating to business interruption policies and losses resulting from COVID-19.

The Governor, Gabriel Makhlouf, informed a parliamentary special committee on Covid-19, that the regulator is taking legal advice on whether it should follow the lead of the UK Financial Conduct Authority (FCA), which launched a test case last month against eight insurers who have denied business interruption claims and where there is a dispute over the meaning of wording in policy documents.

Mr. Makhlouf said that the Central Bank has been talking to the insurance company currently involved in litigation, known to be FBD. He stated as follows:  “We are absolutely determined that insurance companies should pay up where they have to pay up. They shouldn’t be obligated to pay up where there’s nothing in the contract. It’s inevitable in some cases this is something that needs to be taken to the courts,” he said, adding that the Central Bank is “taking advice” on whether it can take the same legal action as the FCA.

Daniel Scanlon, Commercial Insurance partner at DWF, Dublin commented as follows:  "It is abundantly clear that the Irish regulator is coming under tremendous political pressure to do whatever it can to make insurers pay-up to the fullest extent possible on business interruption policies.  That said Mr Makhlouf clearly stated that insurance policies were contracts and payments should only be made where there's a contractual obligation to pay.  I suspect that the Regulator may be tempted to initiate Court proceedings, similar to those initiated by the FCA, in order to place the coverage decision before the Courts and to do so much earlier than might otherwise be the position. The rationale being that a single Court decision could then be used as a basis to resolve many of the outstanding business interruption claims without the need for individual Court actions in every case." 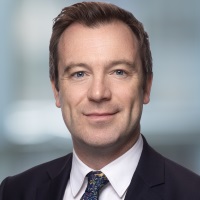