Defamation during present difficulties: is it 'right-thinking' to raise a claim?

We take a look at importance of protecting a brand and its reputation during the COVID-19 pandemic.

Even in the midst of a global pandemic, court claims focusing on defamation remain front and centre of the immeasurable amounts of media that we are consuming on a daily basis.

Whether it relates to an A-list actor, prominent member of the Royal Family, well-known politician, or multi-national brewery, there is a continuous stream of information - and inevitable commentary - relating to defamation cases being fed to social media users and readers of our national newspapers.

Perhaps this speaks to the sheer importance of protecting a brand or reputation, come what may.

Indeed, in Scotland, the legislature has identified defamation as a key aspect of the law requiring modernisation to make it fit for our 21st century, commercialised, society. The Defamation and Malicious Publication (Scotland) Bill had been working its way through the process of scrutiny by the Scottish Parliament when the pandemic hit.

The aim of the Bill is to put Scots defamation law – existing primarily in the common law, at present - on to a statutory footing and to modernise this area of law more generally.

The Judicial Response in Scotland and England

There has been much focus in Scotland and England on the way in which court business has been dealt with in the immediate response to COVID-19. Please see "A tale of two systems: Covid-19 and the courts" for a more comprehensive discussion on this.

In Scotland, the Inner House of the Court of Session broke new ground in implementing a "virtual court" which heard the appeal of blogger Stuart Campbell in his defamation dispute with former MSP Kezia Dugdale as its first case.

Whilst the Scottish courts focus on only "urgent" and "essential" business, it is striking that this is one of the cases which the Court of Session has heard and indeed it has garnered a significant amount of media attention in recent weeks.

Meanwhile, there is a regular stream of media reports flowing from the High Court in England on defamation claims. Johnny Depp's ongoing case against the media to preserve his reputation following the breakdown of a relationship is being carried out remotely by the High Court. This comes in the same week that the High Court threw out BrewDog's defamation claim against Frank Public Relations relating to a press release which explicitly linked the brewery with supporters of the sitting President of the United States.

Is now the time to raise an action?

Of course, it is inescapabale that the cases referenced above were raised far in advance of the present global pandemic. Indeed, a significant amount of preparation will have been carried out by legal representatives before these cases made their way to the court room (whether virtual, or not).

Does that mean to say that defamation claims ought not to be regarded as important to pursue during the COVID-19 pandemic?

Without question, the answer is: no. The protection of a brand, whether that be a company brand or the brand of an individual, has never been more vital. Those with a brand to protect are undoubtedly concerned by the increased use of social media during the global lockdown and the danger of 'fake news' spreading with ease.

The impact on the economy - although as yet unseen - will be vast. A company must preserve its reputation in order to remain standing amongst its competitors.

Right-thinking members of society ought to take the necessary steps to protect their reputation in an increasingly competitive market.

If you have any queries relating to defamation across the UK, please reach out to the Litigation Scotland Team or the contacts below.

This article is authored by Sarah Cunningham. 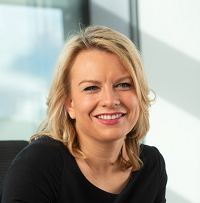