COVID-19 – A look at the latest amendments to police powers

The third revision of the Health Protection (Coronavirus Restrictions) (England) Regulations 2020 ("the Regulations") came into force on 1 June 2020 reflecting the further easing of lockdown restrictions.  The key changes relating specifically to individuals rather than businesses can still be found in Sections 6 and 7.

Section 6, which restricts a persons movement, previously stated that an individual could not leave their home without "reasonable excuse".  A list of example reasonable excuses was provided within the Section and included such matters as needing to obtain basic necessities, taking exercise and seeking medical assistance.  It is worth noting that a maximum duration spent outdoors was not imposed, nor was the amount of times a person could leave their home restricted.  It is also worth noting that the specific detail or definition of such examples were arguably subject to some ambiguity and subjective interpretation.

Section 7, previously restricted gatherings of more than two people from different households in a public place except in certain circumstances including to attend a funeral, to facilitate a house move, to provide care or emergency assistance, or to participate in legal proceedings.  Again, it is worth noting that the Regulations did not prevent two people from different households gathering in a public place as long as they had a reasonable excuse for being outside their home.

As of 1 June 2020, Section 7 now permits gatherings of up to six people from different households outdoors and up to two people from different household indoors.  Certain exceptions allowing for presumably larger gatherings apply for example where the persons gathered are members of the same household, where the gathering relates to a funeral, where it is "reasonably necessary" for work purposes and now also for educational purposes.  A gathering is defined as when two or more people are present together in the same place in order to engage in any form of social interaction with each other, or to undertake any other activety with each other.  The Regulations do not stipulate how close people are permitted to stand to eachother when gathered.

In respect of enforcement, the power to issue a prohibition notice or to direct a person to the place where they are living (if found staying at a place overnight that is not their home) remains unchanged.  The power to remove a person to a place where they are living remains in respect of those gathering in excessive numbers only and does not exist in respect of those found staying overnight somewhere other than their home.  Offences and penalties remain unchanged.

In the context of civil claims it remains absolutely crucial to determine at the outset what Regulations were in force at the material time before assessing liability.  It is also of crucial importance to distinguish between the restrictions imposed by the Regulations and Government advice. 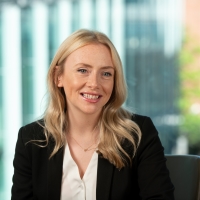