In theses unprecedented times the team in Scotland is  here to help. Whether you need guidance on how the Scottish courts are operating or require assistance with handling of pre-litigation work streams, please get in touch. If you need any assistance, full contact details below.

We know it's key to keep the lines of communication open during these times and will continue to keep you up to date with matters affecting insurers in Scotland.

These are  unprecedented times for our civil courts and for those who seek to litigate and defend personal injury claims in Scotland in particular. For the past two months, only litigation identified as urgent has been progressed in the Sheriff Courts, the All Scotland Personal Injury Sheriff Court and the Court of Session. Consequently, unless a claim was about to time-bar, or a Proof was imminent, Scotland's civil courts were effectively closed.

However, significant steps are now being taken to address the backlog: timetables are beginning to be issued in the All Scotland Personal Injury Court, and in the Court of Session and elsewhere virtual hearings for urgent matters are being held remotely. It is likely to take some time before the civil courts return to normal, and all work is processed. Implementation of new legislation has also been affected. One way costs shifting (QOCS) was due to be implemented in Scotland this Summer but has been delayed because of the Covid 19 pandemic. Claimant solicitors have no doubt been stock-piling cases in anticipation, particularly those where there is liability dispute, in order to benefit from QOCS protection. Combined with the civil courts' inability to process the majority of civil claims, we anticipate a significant increase in Scottish personal injury litigation in the next 12 to 18 months.

Our Scottish team has been working from home since lock down began, with full access to DWF technology, systems and processes. We are here to help in any way we can.   Please get in touch if you need any assistance. Full contact details for the team are below.

Director Lynne Macfarlane presented on Scottish Claims as part of the DWF Virtual Personal Injury Conference, held over 4 days from 18th to 21nd May, where over 35 DWF experts from the UK and beyond presented on a huge variety of topics to over 4000 clients through the course of the week, all from the comfort of their homes.

The Scottish session proved especially popular with a high level of interest and many questions. You can view Lynne's session here for top tips on Scottish claims.

Given the clear client interest, we are hoping to host a Scottish Virtual Insurance Conference in the near future – watch this space.

The team continues to report significant savings for clients through their innovative use of counter fraud strategies.

Lindsay Ogunyemi discusses risk management for professionals in the wake of the pandemic.

The team continue to use creative and commercial strategies to seek to resolve often high value and complicated professional negligence claims. The following examples highlight the team's use of their expertise to securing substantially discounted settlements, saving clients costs and time in the process.

This case is an example of how tactical use of the flexible commercial court rules can drive matters to a swift and cost effective conclusion.

The claimants subsequently abandoned the claim against the architect and we therefore avoid unnecessary protected litigation and expense.

We will continue to reach out to clients and are working on innovative ways to deliver training and events. 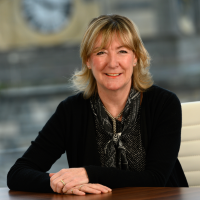