The state of the pandemic's impact on the amended Construction Law

Our team discuss issues related to the upcoming changes in the construction law brought about by the amendment to the Act on Construction Law adopted on 13 February.

In one of the most recent legal alerts we had the opportunity to update you on upcoming changes in the construction law. Despite heated discussions between architects and designers and legislative bodies, the amendment to the Construction Law of 7 July 1994 (Journal of Laws of 2019, item 1186, as amended) was adopted on 13 February and will enter into force on 19 September 2020. (Act of 13 February 2020 amending the Construction Law and certain other acts, Journal of Laws, of 2020, item 471).

However, it is worth pointing out that the amendment of the aforementioned legal act, despite its entry into force on 19 September 2020, will also affect certain provisions of the Energy Law of 10 April 1997 (Journal of Laws of 2019, item 755), which will only enter into force as late as on 19 March 2021. This refers to Article 5 point 2b with respect to Article 7 section 8g (1) to 8g(7), which refer among other things to the deadlines and their determination, for the issuance of conditions for connection by energy companies.
The rest of the amendments shall enter into force on 19 September 2020.

It is worth recalling that the issue of the annulment of a construction permit decision is one that gives rise to numerous discrepancies in case law and practice. The current legal state caused instability and hindered the certainty and efficiency of the investment and construction process.

This concerns the added art. 37b of the Act of 7 July 1994 - Construction Law, which states that:

"1. A building permit decision shall not be declared invalid if five years have elapsed since it was delivered or published.
2. In the case referred to in section 1, the provisions of Article 158 § 2 of the Code of Administrative Procedure shall apply accordingly. ”

The amendment aims to clarify Article 37 section 2, which refers to situations whereby a building permit decision was invalidated or revoked after the building process has been completed.

The position of the judicature approving this view is expressed, inter alia, in the judgment of the Supreme Administrative Court of 20 February 2019, II OSK 694/17, in which the court emphasized the importance of the principle of legal certainty and trust in the State resulting from Article 2 of the Constitution.

Impact of the epidemic on the construction law

Not without significance for the provisions of the legal act in question, i.e. the Construction Law, is the Act on specific solutions related to the preventing, counteracting and combating of COVID-19, other infectious diseases and crisis situations caused by them (Journal of Laws 2020, item 374), which entered into force on 8 March 2020.

A key role is played by Article 15 zzs of this Act, which deals with suspension of the deadlines for court and legal proceedings, including administrative proceedings during the state of the epidemic.
In connection with the foregoing, the proceedings for the issuance of:

will be suspended or their commencement will be halted. 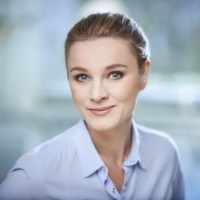