The UK Government on 28 March 2020 announced plans to bring forward legislation to amend the UK's insolvency laws “at the earliest opportunity” in response to the COVID-19 pandemic. Whilst the timing of the proposed changes remains uncertain (given that parliament is currently in recess until 21 April 2020) the Government hopes that the amendments will give companies a degree of extra time and space to weather the current storm.

The principal amendments contained in the announcement were:

Current insolvency laws stipulate that directors of companies can become personally liable for company debts if they continue to trade when there is uncertainty about whether their company can continue to meet its debts as and when they fall due. Relaxation of these wrongful trading rules is an attempt by the UK Government to reassure directors that the difficult decisions they have to make about a company's future viability will not have to be unduly influenced by the current exceptional circumstances which are entirely beyond their control. Given the existing risk of personal liability for directors if they fail to take every step to minimise potential losses to creditors once there is no reasonable prospect of avoiding an insolvent liquidation/administration, the proposed amendments are aimed at reducing the number of company directors commencing insolvency proceedings during the existing lockdown period for what would otherwise be a viable business.

The existing laws for fraudulent trading and the threat of director disqualification will remain in force as a deterrent against director misconduct.

There is very little detail on this proposal in the Government’s announcement, but it builds on the potential reforms announced in August 2018. The UK Government intends to fast-track these proposals in light of the current COVID-19 pandemic. The Business Secretary announced that these reforms will enable UK companies undergoing a rescue or restructuring process to continue trading, giving them breathing space that could help them avoid insolvency. The provisions include a moratorium for companies for a period of time whilst they seek a rescue or restructure; protection of their supplies to enable them to continue to trader during the moratorium; and a new restructuring plan binding creditors.

No additional details were available at the time of publication of this note (1 April 2020) with detail likely to follow in the next few weeks in line with other recent measure announced by the UK government to deal with the COVID-19 pandemic. Whilst the measures announced on 29 March 2020 are clearly a very welcome move for businesses suffering the immediate effects of the UK's lockdown, further details are urgently needed.

Notably, the announcement does not include other changes to existing insolvency laws that may be necessary or helpful in the current crisis, such as limiting hostile winding up petitions by increasing the amount that needs to be owed before a winding up petition can be filed or amending the circumstances in which a company is deemed to be unable to pay its debts under the Insolvency Act 1986. We will update this note as and when further detail is provided.

If you have any queries regarding the above or any restructuring or insolvency queries during this difficult time please do not hesitate to contact the writer Ashley Jaques on 0113 261 6575 or by email to ashley.jaques@dwf.law. 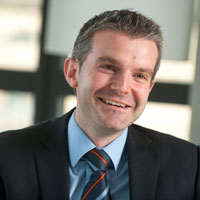 Insights
A new Plastic Packaging Tax in the UK 20 Jan 2021
HMRC has published long-awaited draft legislation and a policy paper for the introduction of a new plastic packaging tax from April 2022.