Law Decree no. 23 of 8 April 2020 has brought some temporary amendments to Italian insolvency law, in order to preserve business continuity.

Law Decree no. 23 of 8 April 2020 (also known as “Liquidity Decree”) provides some relevant measures aimed at temporarily adapting the regulation of the businesses’ crisis and insolvency.

First of all, Article 5 of the “Liquidity Decree” provides the postponement of the entry into force of the New Insolvency Code, which was initially foreseen for 16 August 2020, and now it is scheduled on 1 September 2021.

Provisions of composition with creditors and restructuring agreements (Article 9)

Furthermore, in order to address the impact of the current emergency situation on the composition with creditors procedures and on restructuring agreements, Article 9 of the “Liquidity Decree” specifically provides:

1) a six-months extension of the deadlines for fulfilment/payment expiring from 23 February 2020 to 30 June 2020, provided by compositions with creditors and restructuring agreements that have been already homologated by the Court;

2) the possibility for the debtor to submit a new Plan and a new Proposal of the composition with creditors, and/or to file a new restructuring agreement, before the homologation by Bankruptcy Court.

4) the possibility for the debtor to request a further 90-days extension of the terms granted by the Court for the filing of the composition with creditors’ Plan and Proposal or for the restructuring agreements, pursuant to Article 161, paragraph 6, of the Insolvency Code.

Suspension of applications for bankruptcy (Article 10)

Article 10 of the “Liquidity Decree” provides the temporary inadmissibility of the of bankruptcy petitions filed between 9 March 2020 and 30 June 2020.

Exceptions to this are the applications for bankruptcy filed by the Public Prosecutor that contain requests of precautionary measures (pursuant to Article 15 of the Insolvency Code), still admissible during the epidemic emergency.

The above-mentioned measures are enhanced by temporary amendments of some provisions of the Italian Civil Code, related to: loss in registered capital; business continuity criteria in the financial statement; shareholders loans (by suspending subordination until 31 December 2020, in order to encourage shareholders financing). 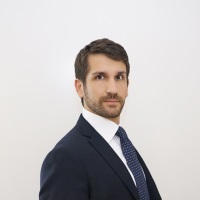