An update briefing on material changes to Singapore’s COVID-19 response and legislative changes.

On 26 March the Singapore Government announced a number of significant changes to the Infectious Diseases Act, and underlying regulations, in order to further combat Covid19 on the island state. While lockdowns of the magnitude seen in other countries have not been part of the measures taken to date in Singapore, the new laws which come into effect on 27 March centre around social distancing measures to further slowdown spread of the virus. The laws include significant financial penalty (up to S$10,000) and possible jail terms for those convicted of breaching the new laws. The pertinent law changes include:

1. A limitation on gatherings outside of the workplace and school to no more than 10 people
2. Social distancing of one metre in all non-transient settings such as restaurants and shopping malls
3. Provision for social distancing of at least one metre for seating arrangements in public places.

Under changes to the Infectious Diseases Regulations, the following public events are now prohibited in all forms until 30 April 2020:

The law changes follow the Singapore Government’s unprecedented S$54bn (11% of Singapore GDP) stimulus package to support business and the wider economy announced this week. The S$54bn figure equates to circa 50% of the Singapore budget for 2020. The aviation and tourism sectors of Singapore have already been severely impacted by the global outbreak given the sectors’ prominence at a regional level and internationally. Among other things, the support measures are designed to focus and support those two key sectors of the Singapore economy. 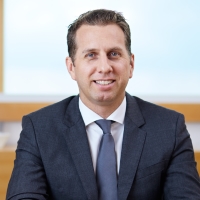