Is there a real need for the new competition tool?

The European Commission has opened an exciting debate in relation to the need to provide the EU's competition regulator with increased and new powers. These powers would enable the regulator to address more effectively certain structural competition problems identified in new and emerging markets, notably digital ones.

In June 2020, the European Commission (EC) launched a public consultation in order to get European stakeholders´ feedback on the possible need for a “new competition tool” to address certain competition problems identified in digital and other new markets. Further information about this initiative can be found here.

According to the EC, the enforcement experience of existing EU Competition rules in recent years demonstrated an inability to tackle certain specific problems in digital and other new markets.

We recall that Article 101 of the Treaty on the Functioning of the European Union (TFEU), forbids agreements between companies which have the object or the effect of restricting competition in the market, and Article 102 TFEU forbids the abuse by any company of its dominant position in a specific market.  In its role as enforcer of these rules, the EC has identified certain structural competition problems that Articles 101 and 102 TFEU could not tackle (such as monopolisation strategies by non-dominant companies with market power) or could not address in the most effective manner (such as strategies by companies with market power to extend their market position into multiple related markets).  The EC notes that this is mainly due to:

i) the need to demonstrate the infringement of existing rules as a basic premise of each investigation; and
ii) the need to proceed through formal investigating and fining procedures which may take a long time to finish, while some digital and emerging markets evolve very quickly.

Put another way, the EC is saying that it has observed that there are practices in the market which are harmful to competition but which the current law and its enforcement powers with respect to that law do not enable to EC to combat.

In the EC’s view, there is a need for a new competition tool, enabling it to investigate conduct which might not necessarily infringe Articles 101 or 102 TFEU, but does create competition problems. These problems areespecially likely in digital markets where there are structural risks for competition, resulting from certain market characteristics (e.g. network and scale effects, lack of multi-homing and lock-in effects). The EC envisages new powers not only to make recommendations to companies and/or to other regulators, but also to investigate markets generally and specific companies (including non-dominant ones) and, if necessary, to impose non-structural remedies (such as obligation to abstain from certain commercial behaviour), or even structural remedies (for instance, divestitures or granting access to key infrastructure or inputs) to companies.

This consultation was launched in parallel to the ongoing work by the EC, in the context of the Digital Services Act package, to set up new ex ante rules to ensure that markets characterised by large platforms with significant network effects acting as gatekeepers, remain fair and contestable for innovators, businesses, and new market entrants. In other words, the EC is already working on a specific regulatory framework which would set up reasonable access conditions to digital markets controlled by large platforms (similar to what has been done in the past in relation with essential telecoms, energy or transport networks).

Is it really necessary for the EC to have such new competition powers?

The debate is open, because many European stakeholders believe that the existing laws (Articles 101 and 102 TFEU, as well as the Merger Control Regulation 139/2004), are effective and sufficiently  flexible instruments to fight against the most common competition problems arising in all sorts of markets, including the more innovative ones. Some national competition authorities have also showed some reluctance vis-à-vis this project, and have recommended special caution to European regulators in such respect (see, for instance, Spanish CNMC’s position paper here).

In fact, there are many precedents affecting digital markets (e.g. several Google and Microsoft cases, currently opened investigations on Amazon and Apple’s activities, etc.) which show that market abuse and/or restrictive agreements in that context can be effectively tackled by using current legislation and enforcement tools by the EC, by national competition authorities or even by national courts.
Although it is true that some structural problems may exist in markets where no dominant players can be identified, this seems to be an exceptional situation, as the competitive forces of such markets restrain participants from actions normally detrimental to competition. Certainly, the existing 'big tech' companies operating in these markets would argue that no new powers are necessary or appropriate.

Moreover, the debate extends to the necessary – and delicate - balance between the principles of free economy, legal certainty and the possible limits to be imposed to companies whenever they try to abuse their market power (acting as gatekeepers, imposing unfair trading conditions to entrants or other players in the market, etc.). When enforcing Article 102 TFEU, which forbids abuse of a dominant position, different legal tests have been developed by European courts to ensure an appropriate balance between the restriction of fundamental rights of companies, on the one hand, and the need for public intervention to avoid distorted competition, on the other hand. An example would be the “essential facilities” doctrine, which imposes behaviour obligations to dominant companies (such as compulsory supply to competitors, enabling their access to essential infrastructures or assets) but is only applicable in cases where quite exceptional circumstances are identified by a competition authority or a national court.

In addition to the above, in relation to the structural access problems of digital markets, the project to implement new ex ante sectorial regulation under the Digital Services Act package might also introduce reasonable and clear limits to the behaviour of leading companies acting in those markets. That would probably provide players with more legal certainty than the possibility to apply ex post a new competition tool to companies on a case by case basis.

There are, therefore, reasonable doubts about the real need for the EC to be empowered with a new competition tool. In case such a tool is given, there will need to be significant guidance provided to enable market participants to operate safely in a manner that allows them reasonable legal certainty for their actions and business strategies going forwards.

The EC will have to assess the possible risks and benefits of its projected new competition tool and how far can it go in terms of new powers of the authority. There is a significant difference between a regime which only enables making recommendations to legislators and companies and a regime which enables imposing direct and specific remedies and obligations to companies. The UK experience, with its consolidated market investigations regime, will surely be a very interesting one to be taken into account.

The European authority is currently analysing the feedback received to the public consultation, and will shortly summarise the results of such analysis in a public report.

If you have any questions, please get in touch with Gerard Pérez Olmo. 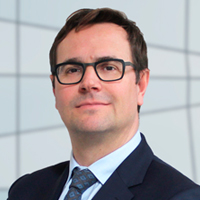