In a judgment handed down last week, the Supreme Court considered the standard of proof required for a conclusion of Suicide and Unlawful Killing in a Coroner's Inquest.

R (on the application of Maughan) v Her Majesty's Senior Coroner for Oxfordshire.
Supreme Court
13 November 2020

The existing practice in the coronial courts has been to apply:

(a) The criminal standard (satisfied beyond reasonable doubt) to short form conclusions of Suicide and Unlawful Killing; and
(b) The civil standard (more probable than not) to narrative conclusions, even if they effectively reach the same conclusions.

A short form conclusion to an Inquest consists of one of nine prescribed phrases that may be adopted, for example "Accident", "Natural Causes", or "Open". If the Coroner or jury were to reach a conclusion of "Suicide" or "Unlawful Killing", unlike the other seven options, this required the criminal standard to be met. A narrative conclusion, on the other hand, could include a brief statement of findings and, even if those findings included "the Deceased committed suicide", this would require only the civil standard to be met.

There was, however, no widely understood rationale for applying two different standards of proof in different situations, or the 'hybrid' approach. The Inquest into the death of James Maughan brought this inconsistency to the fore.

James Maughan was a prisoner at HMP Bullington. Staff found Mr Maughan hanging in his cell on 11 July 2016. Following the Inquest, the Coroner accepted that the jury could not reach a conclusion of Suicide on the criminal standard (the evidence was not strong enough) and so there could be no short form conclusion. Instead, the Coroner invited the jury to enter a narrative conclusion, using the lower standard of proof.

The Coroner's direction to the jury complied with Note (iii) on the Record of Inquest, a prescribed form that appears in the Schedule to The Coroners (Inquests) Rules 2013 (the "Rules"). Note (iii) says:

The jury concluded (in a narrative statement) that Mr Maughan had intended to fatally hang himself.

Mr Maughan's family issued Judicial Review proceedings to challenge the Record of Inquest, alleging that the Coroner misdirected the jury on the standard of proof. The High Court found that – contrary to Note (iii) (which was echoed in the Chief Coroner's Guidance) – the correct standard of proof was the civil standard, and that this applied in respect of both short form and narrative conclusions, effectively doing away with the 'hybrid approach'. Mr Maughan's family appealed.

The Court of Appeal upheld the High Court's decision. First, the court found no justification in having a 'hybrid' approach, and that the same standard must apply in both short form and narrative conclusions. The second issue, therefore, was which of the two standards should apply.

Davis LJ, giving the leading judgment, discussed the rationale for applying the criminal standard in the first place.

Suicide was illegal until 1961. Those who survived an attempted suicide were liable to prosecution. As a finding of Suicide could have criminal consequences, it justified the criminal standard of proof. However, suicide is no longer a crime. Davis LJ acknowledged that, although findings of Suicide could be upsetting for families (and still attract stigma in some quarters), it is no longer a crime and 'one would like to think that the predominant feeling of most observers in modern times would be acute sympathy'.

In obiter comments, the court also suggested that the position in relation to Unlawful Killing (where the same 'hybrid' approach applies) should also be reconsidered. However, the Court of Appeal refrained from assailing the standard of proof for Unlawful Killing, as it was already bound by authority (R v Wolverhampton Coroner, ex parte McCurbin [1990] 1 WLR 719). In relation to Suicide, however, the Court of Appeal affirmed the earlier ruling of the High Court. Mr Maughan's family appealed.

On 13 November 2020, the Supreme Court ruled (on a 3:2 majority) that the civil standard should apply to all short form conclusions, including Unlawful Killing.

Delivering the leading judgment, Lady Arden focussed on the fact that nothing in the primary legislation made provision for the hybrid standard of proof. Note (iii) to the Record of Inquest, said Lady Arden, was not determinative. She concluded that the Rules reflected practice and procedure only, and that Note (iii) merely stated the common law as it was at the time the Rules were introduced, but did not bind the Supreme Court. Lord Carnwath and Lord Wilson agreed.

After establishing that Note (iii) was not intended to codify the existing common law and put it out of reach of the courts, Lady Arden considered which standard to apply. In doing so, she echoed many of the comments of the Court of Appeal:

Lady Arden went further than the Court of Appeal and also found that the civil standard should apply to conclusions of Unlawful Killing – something that the Court of Appeal had sidestepped, as it was bound by McCurbin. The Supreme Court was not bound, and so lowered the standard of proof for Unlawful Killing, despite the fact that this could  increase the likelihood (but not be determinative) of a criminal prosecution, unlike suicide, which is not a crime.

Lady Arden noted that the historic role of coronial proceedings included making findings of murder, manslaughter or infanticide, and naming the culprit in the verdict. The Criminal Justice Act 1977 removed this function and, with it, at least some of the historical purpose of the rule. Dismissing the appeal, Lady Arden commented: '[t]here are rare occasions when the reason for a rule has disappeared but the rule remains. This would appear to be one of those situations'.

Lord Kerr delivered a dissenting judgment (with which Lord Reed agreed), stating instead that Note (iii) did have full statutory force, which took it outside the jurisdiction of the court to overturn. He also disagreed that the 'hybrid' approach was incongruous at all. Lord Kerr reminded us that (per Hunt v RM Douglas (Roofing) Ltd [1990] 1 AC 398), the inclusion of rules in a footnote to a form that must be used (like the Record of Inquest) has the effect of creating binding law. Accordingly, the criminal standard applied under the Rules could only cease to have effect by the enactment of a statutory provision amending or abolishing it.

The Supreme Court, acting on a 3:2 majority, has established that the civil standard will apply to short form conclusions of Suicide and Unlawful Killing, bringing them in line with all other short form conclusions. This will now remain the case until primary legislation is enacted to change it.

It remains to be seen if the lowering of the standard will lead to more conclusions of Suicide. As societal attitudes towards suicide may have changed, the Coroners' Annual Statistics show that conclusions of Suicide have actually decreased steadily as a proportion of all Inquest conclusions, from 18% in 1995 to 9% in 2016. This however began to climb again to 11% in 2017, 13% in 2018, and 15% in 2019, the highest figure since 2000. Many factors will lie behind those statistics, but the clarity on the standard of proof will doubtless be one of them going forward.

The perhaps more unexpected result of this judgment is the lowering of the standard of proof for Unlawful Killing, given the inference of such a conclusion that a crime may have taken place. 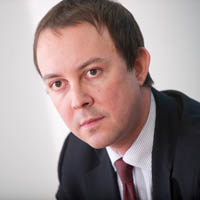