Electrification in Africa has been a major challenge for many years. The involvement of mining actors in the development and financing of electrical infrastructure represents an innovative alternative solution to the financial support of International Financial Institutions and contributes to the improvement of power access in Africa.

During the summit of the African Union held on 15 June 2015, 54 African Heads of State unanimously committed to create an instrument dedicated to the financing of electrification projects in Africa, in the framework of the foundation "Energy for Africa" created by the former French minister Jean-Louis Borloo. Despite such commitment, less than half of the African States had in 2017 an approved electrification plan in place according to a World Bank study ("Regulatory Indicators for Sustainable Energy: A Global Scorecard for Policy Makers", World Bank, 2017, Washington DC). Sub-Saharan Africa remains today the region which by far has the world’s highest energy access-deficit with a 43% global access rate (25% when it comes to rural areas), reflected by around 640 million people not having access to electrical power in this region.

Lack of reliable power supply is highly detrimental to the social and economic growth of the countries, preventing the development of high potential industries in the region such as farming and processing industries. Yet, Africa has significant resources of non-renewable as well as renewable energies such as solar, wind and hydropower with the world's largest hydropower project on the Congo River, in the Democratic Republic of Congo (DRC). The latter is a massive resource with the potential to serve power to the whole African continent.

However, power related public utilities do not have the means to self-finance the maintenance and the rehabilitation costs of existing electrical facilities nor to bear the development costs of new power infrastructures. Such investments require very significant long-term financing which power related public facilities cannot afford due to their very limited resources resulting from the low uptake of electrical power by households, unreliable power supply, mismanagement and regulation uncertainty. In this context, public utilities have traditionally turned to International Financial Institutions (IFIs) to secure financing for the maintenance and the rehabilitation of their facilities, such as the African Development Bank which supports the development of Africa's energy potential through notably its trust fund Sustainable Energy Fund for Africa and the World Bank which provides loans through its International Development Association.

As part of the effort to develop reliable power production and distribution, the power market has been liberalised in some countries through regulatory frameworks which have allowed the establishment of Independent Power Producers (IPPs) and distributors. In DRC for instance, the National Electricity Company (Société Nationale d'Electricité - SNEL) does no longer have the monopoly on generation, transmission, distribution and commercialization of the electrical power since the enactment of the law no. 14/011 of 17 June 2014 relating to the electricity sector.

However, notwithstanding such liberalisation, the power sector remains dominated by technically inefficient and financially bloodless public utilities which led industrial operators in need of high volume of reliable power supply at competitive cost, like mining companies, to find solutions to assist the power related public utilities in the rehabilitation, modernisation and development of their infrastructures.

An innovative way for mining companies to secure power supply at competitive cost consists in funding the rehabilitation, maintenance and development of power infrastructures of the public utilities supplying their own power needs and beyond with the excess power generated being available to satisfy public demand.

As an illustration of this approach, in the context of the FRIPT Project, affiliates of Glencore granted long-term loans to SNEL to finance the rehabilitation, modernisation and maintenance of its hydropower production facilities at Inga II on the Congo river in DRC as well as transport infrastructure from Inga to Kolwezi where the mining production facilities are located. Invoices issued by SNEL to Glencore's affiliates for their power consumption under their long-term Power Purchase Agreements (PPAs) with SNEL are paid after deduction of a percentage amount allowing repayment of the loans and financing of the maintenance.

Although such scheme offers a real alternative and a significant complement to the financing offered by the IFIs, it presents risks encountered in "Public-Private-Partnership" financing structures among which the following ones require particular attention.

The risks attached to the public utility (solvency risk, lack of internal governance and lack of transparency towards funders, all in an uncertain regulatory environment), will require to put in place mechanisms and processes to ensure that the use of funds is appropriately monitored and directed to the project and isolated from the public utility insolvency risk.

The funding party will be closely involved in the budgeting of the project costs, the selection of the contractors, the control of their works and their payment to ensure that the financing does not derail and that the power production and transport facilities are rehabilitated and maintained in such a way that it will ensure the production and transport of high quality power, in the volume required at competitive cost.

In conclusion, the less electrified continent continues to attract private investors which support the energy sector by investing into new power production facilities projects as IPPs or as industrials in the rehabilitation, modernisation and development of power facilities for both their benefit and the benefit of households. It is the public utilities best interest to ensure efficiency of such long-term investments by mining companies, as the life of mines is not timeless. Once mining companies are gone, households and industries such as farming and processing industries will keep on consuming power only if reliable and provided at an affordable price. Investments financed by mining companies if well maintained and efficiently managed may therefore significantly assist in the development of energy access in Africa, so critical for the future of its population and economy.

If you have any queries, please contact our team below. 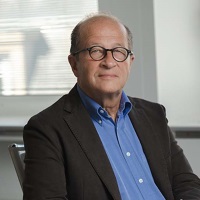