The right time for fundamental dishonesty

The latest High Court decision on fundamental dishonesty is interesting for its consideration of the timing of the defendant's application, and the concept of "substantial injustice" in the context of a high value personal injury claim. Liz Harrison reviews the judgment in Patel v Arriva Midlands Ltd & Anor (2019).

Section 57 of the Criminal Justice and Courts Act 2015

S.57 of the Criminal Justice and Courts Act 2015 requires that the court must strike out the entirety of a personal injury claim, including any genuine part, where:

…unless it is satisfied that the claimant would suffer substantial injustice if the claim were dismissed.

Substantive guidance was provided to courts considering s.57 fundamental dishonesty applications in LOCOG v Sinfield (2018) however in the case of Patel the court had to determine whether it could dismiss a claim under s.57 if damages had not yet been assessed.

The claimant, a pedestrian, was injured when knocked over by a bus in a road traffic accident in January 2013. At a liability trial in October 2017 the court found for the claimant on primary liability but made a finding of 40% contributory negligence against him.

There was no doubt that the claimant had sustained injury in the accident. He had a cardiac arrest at the scene and was resuscitated. He was diagnosed with a subarachnoid haemorrhage. He was not discharged home until May 2013 after spending time in the intensive care unit, a general ward and then a rehabilitation unit.

When assessed by medical experts for the claimant (in January 2015) and the defendant (in August 2016) his presentation was of a severely disabled individual. He was found by both to be in bed, mute, almost entirely unresponsive and without movement in his hands, arms or legs. The claimant's son, who was his litigation friend, advised both experts that his father's presentation to them was typical. At best, the claimant's expert was told, "he would sit out, appearing to watch tv, or opening his eyes and looking around when family visit".

Dr Fleminger considered the possibility of conscious exaggeration, but rejected this in favour of a diagnosis of severe conversion disorder. He considered that the claimant lacked capacity. Dr Schady noted a number of aspects of the claimant's presentation, such as the absence of muscle wasting, which appeared inconsistent with his presentation, but was unable to make a distinction between feigned disability and a subconscious conversion disorder.

Surveillance evidence, which had been obtained in the time between the two experts' assessments, was subsequently disclosed. In stark contrast to the claimant's presentation the footage revealed that he was able to go out, walk, talk, and interact with others without any assistance from or dependence upon his family.

The claimant served no additional evidence from Dr Fleminger but, instead, served statements from family and friends, together with a letter from his treating neurologist seeking to explain that he actually had good days and bad days. The claimant's son admitted that he did not “communicate as effectively as he should have done” with the experts.

The s.57 application came before Her Honour Judge Melissa Clarke for determination.

HHJ Clarke considered the guidance set out in LOCOG as to the procedure to be followed when determining a s.57 application:

She also added a further point that, per s.57(4), the judge must also assess and record the amount of damages that would have been awarded for the honest part of the claim.

On the specific submissions she found that:

She dismissed the entirety of the claim and then went on to assess the value of the "honest" part of the claim in accordance with s.57(4) at £5,750. In so doing she roundly rejected and criticised the claimant's hopeful submission that she was unable to do this because the schedule was not particularised.

For further information please contact, Liz Harrison, Senior Associate on 0151 907 3419 or at liz.harrison@dwf.law 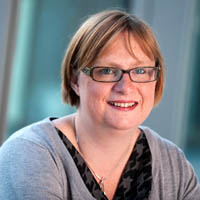