As we know, the Civil Liability Act 2018 is now on the statute book and of course sets out a new legal basis for handling whiplash claims, and it together with Small Claims Track changes which will affect all types of modest injury claims are expected to come into operation in April 2020 as the next stage of the reform journey affecting claims dealt with by insurers.

However, the most important part of the reform process so far has been the Legal Aid, Sentencing and Punishment of Offenders Act 2012, Part 2 of which introduced the statutory element of the changes needed to implement the key elements of Lord Justice Jackson's Review of Civil Litigation Costs. It marked the first decisive steps on the road to tackling the compensation culture, it could be said.

Having held a consultation last year to which we at DWF responded, the MoJ has now published its response which is its post-implementation review of how the legislation has fared in meeting its goals. It is worth considering it in some detail to see the government's view of progress with the reforms to date as that view may indicate any further anticipated changes ahead.

The objectives against which progress was being assessed together with their achievement are listed as:


In summary, the MoJ conclude that the LASPO reforms have been successful in meeting their objectives. Against that background, no amendments to Part 2 of LASPO are proposed.

It is hardly surprising that no significant changes are proposed. The acceptance of the validity of the reforms is now widespread, even though LASPO was controversial to claimant representatives at the time it was introduced and there were still a handful of calls for it to be repealed during this exercise. In reality, claimant operations have adapted in the meantime in full knowledge that it was most unlikely that the reforms would be wound back.

The seminal work of Sir Rupert Jackson setting out and justifying the proposed new landscape had given the reform package of which LASPO was a key part a high prospect of being successful, and that in general terms is what has transpired. The government note the desire of many stakeholders for a period of relative stability.

While there are currently to be no changes to the LASPO Act, the review says that the control of civil litigation costs and the related funding issues is an ongoing process, so that the issues raised in the review have been noted and will be kept under review, as will suggestions for change made by respondents within the process.

wo areas of concern noted by the review where there are prospects of action being taken are these:

Firstly, certain steps are being taken in relation to Damages Based Agreements which the Government now accepts need additional clarity and certainty.

DBAs are of course rarely used in claims faced by insurers currently, as claimants or at least their lawyers prefer CFAs. Some lawyers acting for claimants in specific types of claim would like to be offered the chance of using hybrid DBAs which would guarantee them being paid something if the claim did not succeed, but more relevantly to insurers DBAs may have a new role to play in the period post-April 2020 as CFAs will not operate successfully in small claims under raised SCT limits where there will be no recoverable costs to which success fees can be added.

Revised DBA Regulations presenting a more regulated environment in which retainers can be entered into could avoid or at least limit the opportunity currently presented to claimant operations to enter into common law based retainers which may allow solicitors to take a significant percentage of damages as their fee in cases which are concluded pre-litigation.

New DBA Regulations might avoid those solicitors being tempted towards uncertain areas of the common law in which their clients' interests may not best be protected.

The review says that a report is expected later this year from an academic and a costs barrister on the issue including draft revisions to the regulations which they will carefully consider.

The review notes the continued pressure from certain claimant operations for QOCS to be extended from injury claims to other types of claim such as claims against the police and other public authorities, though the argument for this was refuted by defendant interests.

The review notes the advantage that would ensue for claimants in these cases who could then litigate at no or reduced costs risk, while some of the LASPO benefits to defendants would be lost as costs were shifted back to them.

It concludes half-heartedly by saying that it would want to be satisfied that those risks had been addressed before extending QOCS further, so it seems no reform is imminent. The review also says that any QOCS extension to other types of claim may involve means testing.

The point has been made previously that LASPO was only part of a process of reform, which has some distance still to run. The Civil Liability Act and the consequential SCT changes are another part of that and need to be taken over the finishing line in terms of implementation of the new processes. It was confirmed last week by David Parkin, the MoJ's Deputy Director for Civil Justice and Law that the new portal being built as part of the reforms will only apply to accidents occurring after the go-live date in April of next year.

Another key aspect of the reform agenda is the bringing forward of Sir Rupert's proposals for extending the fixed costs regime to cases of a value up to £100,000. The report is now 18 months old and while its conclusions were accepted by government the promised consultation on the detail is still awaited and is now hopefully near.

Other aspects raised in our response to the consultation underpinning the government's current response which are not specifically slated for any action as yet but are worthwhile improvements on the current regime would be:

Future opportunities to press the case for reforms of this type will need to be identified and the points argued.

As the review recognises, new business practices have been established by claimant operations in the period which now approaches 6 years since LASPO came into force. Use of less experienced staff, looking for a higher chance of success with claims, or exiting the sector are each listed. The resilience of the injury market in adapting to a wide range of reforms is commented on.

The review notes that defence interests responded as we did in our response to the consultation that claimant lawyers continue to overcharge their clients by routinely setting success fees at 100% without a risk assessment but with the actual amount of the fee being capped at 25% of PSLA. This issue is being considered by the Court of Appeal in March in the case of Herbert v HH Law Limited from which the evidence suggests that the practice is widespread among the claimant fraternity.

Perhaps after that judgment it will be clear what further action in response is needed and the long-awaited competition between firms on the level of success fees envisaged by Sir Rupert will finally arrive.

There should be a concern too about claimant lawyers routinely arranging for their clients to take out ATE insurance despite QOCS and as to whether the clients are being overcharged for that cover. The review notes that ATE insurance is still being taken out at similar levels to the pre-LASPO situation; one respondent saying that 90% now have ATE whereas 98% did previously.

Sir Rupert considered that QOCS would remove the need for this cover. The concern would be compounded if there were a regular practice of those lawyers obtaining commission on those policies and withholding disclosure of that fact from their clients.

On referral fees, the review notes that "similar behaviours to referral fees continue, albeit under different guises such as marketing, subscription, 'legal services' and recommendation fees, which many consider to be circumventing the ban". However, the review also quotes the SRA saying "Overwhelmingly, firms who have remained in the PI market have adapted their mechanisms for attracting clients so as to be compliant with the requirements of LASPO." The SRA comment underlies their relative inactivity on the issue.

As to what to do, the review notes that a significant number of respondents said that the current response of the regulators was not robust enough. In our consultation response we concurred and contrasted the position with the significant activity of the SRA in responding to the increasing number of holiday sickness claims at a time when the government's own concerns were clear and which activity was effective.

However, the review does not disclose any further steps which are being taken on these referral fee concerns. This may be because the MoJ see the incoming Civil Liability Act reforms as affecting the industry in a way which will impact positively on the position in any event.

Claimants made a number of points in their responses to the MoJ which do not seem to have gained traction, some of which were clearly non-starters:

These claims continue to be excluded from the LASPO Part 2 regime, so that while mesothelioma solicitors continue to enjoy recoverable success fees, their clients remain deprived of the 10% enhancement of PSLA. The issues concerning these claims were not included in the LASPO review, so that the need for action to improve the position of mesothelioma claimants remains.

This will surely now be the issuing of the MoJ consultation in extending the fixed costs regime. The costs savings to insurers and others from implementation of Sir Rupert's proposals could be at least double the reduction in costs of 8-10% identified in the analysis for this LASPO review. 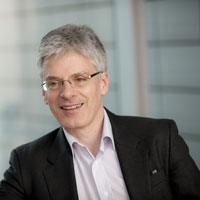