Stephen Symington, Associate Solicitor in the DWF Occupational Health Team in Leeds, acted for the defendant, The Secretary of State for the Department of Transport, in an application to have the claimant's solicitors, rather than the claimant, pay the defendant's wasted costs following the claimant's discontinuance the last working day before a 2-day trial.

This was a noise induced hearing loss claim and causation was in issue. The medical experts for the parties had prepared a joint statement for the court but, as most of the joint statement was not agreed, the court gave permission for the medical experts to give oral evidence at trial. Walker Prestons Solicitors, for the claimant, advised they would not call the claimant's expert to give oral evidence.

The claimant's solicitors argued there were no grounds to set aside the Notice of Discontinuance. They said they were bound by legal privilege and could not divulge what instructions they had from the claimant, what advice they had given the claimant, or if they had instructed counsel and then cancelled the instruction.

DJ Robinson found that the findings of fact did not involve legal professional privilege and that the claimant's solicitor was "not just disingenuous, but dishonest" when they confirmed they had instructed counsel to attend trial. The court was therefore satisfied the Notice of Discontinuance should be set aside due to the finding of dishonesty. The judge awarded the defendant their wasted costs from a date when the claim became "hopeless", this being 14 days after the date of the joint medical statement, and assessed those costs at £13,800.

Stephen comments: "Since the introduction of Qualified One Way Costs Shifting, claimant solicitors have increasingly continued claims that have become hopeless, right up to the day before trial before discontinuing. They do so in the hope that defendants or their insurers will settle the claim on a commercial basis rather than incur the expense associated with a trial and play this game of "chicken" believing the claimant is safe from having to pay the defendants' costs. The effect is that defendants often incur months of wasted costs in defending claims that have little or no merit and waste time preparing for trials that in reality, will never take place.

This successful application confirms solicitors have a duty not to continue with cases where no reasonable and competent legal representative would have continued, and that solicitors can be made personally liable for the defendant's costs. This judgment sends a strong message to claimant solicitors that defendants and the courts will no longer tolerate such behaviour going forwards.

DWF's Stephen Symington and Damian Powell of Ropewalk Chambers were instructed to act on behalf of the defendant. For further information, or to request a copy of the judgment please contact Stephen Symington, Associate on 0113 204 1519 or by email. 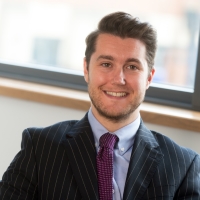