When an accident is just an accident: first judicial guidance on ERRA

Seema Bains Partner in DWF's London office and Nigel Lewers of 12 King's Bench Walk acted for an employer and their insurers, in what we believe to be the first reported case to consider the application of s.69 of the Enterprise and Regulatory Reform Act 2013. The claim involved a tripping accident which occurred somewhat serendipitously on 1 October 2013, the very day the new Act came into force. Seema outlines the findings and how the court applied s.69 in Cockerill v CXK Ltd & Artwise Community Partnership (2018).

The claimant presented a significant claim (pleaded in excess of £750,000) for damages on the basis that she had developed a chronic pain type syndrome.

The matter proceeded to a liability only trial in the High Court in March where the claimant's case came down to two issues:

The defendants denied that as part of their duty to keep the claimant reasonably safe the door should be kept shut. They also contended that the step was clearly marked by the presence of hazard tape, that the corridor was not dimly lit but was well lit and further, there was a notice board on the wall opposite the entrance pointing in the direction of the step into the kitchen area stating 'Caution Mind The Step'.

Different legal regimes applied to the first and second defendants as employer and occupier, with the latter's obligations arising in the usual way under s.2 Occupiers' Liability Act 1957, whereas the employers' liability claim which was necessarily now based on the common law duty of care rather than breach of statutory duty now fell to be considered in light of s.69 Enterprise and Regulatory Reform Act 2013 which came into force for accidents occurring on or after 1 October 2013.

The effect of s.69 ERRA is that there is no longer a self-standing cause of action available to a claimant for any breaches of the statutory duties of employers under health and safety regulations including the well-known 'six pack' originally introduced in 1992 to implement EU Directives and subsequently added to by further regulations over the years since to reach a total of over 200 sets of provisions.

In the absence of any authority to date on the ERRA, Deputy High Court Judge Rowena Collins Rice, was taken to two sources of law. The first was the pre-existing caselaw on employers' liability at common law. The second was the statutory health and safety regulatory regime itself on the basis that it can still be taken into consideration to understand the question of what an employer ought reasonably to do in order to provide a reasonably safe workplace and system of work, this point not being disputed between the parties.

The judge's interpretation of the purpose of s.69 ERRA was that it was "designed to effect some degree of rebalancing in the legal relationship between employers and employees in the field of health and safety at work" and she recognised that "by enacting s.69, Parliament evidently intended to make a perceptible change in the legal relationship between employers and employees in this respect". She saw that the intended 'rebalancing' was directed to ensuring that any breach of statutory duties would be actionable "if, but only if, it also amounted to a breach of a duty of care owed to a particular claimant in any given circumstances; or in other words, if the breach was itself negligent." (para. 18)

Applying this guidance to the issues in the case the judge emphasised on a number of occasions that "context is inescapable". This was relevant to the common law duty of an employer to take reasonable care to lay down a reasonably safe system of work, to the duty to make a suitable and sufficient assessment of the risks facing employees, and to the consideration of whether an employee is in a position of special vulnerability.

Specifically on the significance of the need to carry out a risk assessment post ERRA, whilst there is no longer an actionable duty under regulations on employers to carry out a risk assessment, "taking reasonable steps to be satisfied that workplace risks have been properly assessed and controlled is an obvious measure for an employer to take in discharge of its duty of care." The judge went on to say "[t]he effect of the 2013 Act must in practice mean that, so far as an employer’s duty to an employee is concerned, its regulatory duty to undertake a RA must be borne in mind, and what it was reasonable for an employer to do or not do in this respect must be considered in context and in the circumstances of individual cases." (para. 77)

In one of the claimant's final arguments, counsel sought to argue that an employer can and should be expected to insure against accidents of the sort that befell the claimant, given that claimants cannot reasonably be expected to insure against them. The judge held that even if this argument had weight before 1 October 2013, the argument could not be sustained in the light of the Act: "[i]n relieving employers of no-fault liability to claimants in the field of health and safety, the Act no doubt intended to relieve them of the legal burden of insuring against no-fault liability."

Dismissing the claim against both defendants the Deputy High Court Judge made the following findings:

Ultimately this was a very sad accident, in a context in which everyone involved was engaged in doing valuable work to assist the outside community. However the law is clear that not every accident gives an entitlement to compensation and on this occasion, the claimant's fall was just an unfortunate accident.

The potential impact of the new legislation has been considered previously including by ourselves in this update when the Act came into force. We have been waiting for decided cases to demonstrate how the new law will work in practice, and we now have a useful example. The judge noted that no previous cases on the effect of the 2013 Act had been cited to her in hearing this case, presumably as there had been none.

It was common ground that the court could have regard to the statutory duties when considering the extent of what steps an employer should take to meet its common law obligations, but at the same time it had to be recognised that breaches of some regulations would also be negligent, while breaches of others would not. So the content of the regulations was relevant, but was not determinative of liability.

As is almost always the position, the extreme situation reached in the case of Stark v Post Office [2000] CA was referred to by the judge in the context of the changed regime. As the Post Office had taken reasonable precautions in relation to the postman's bike, then if the claim had come to trial after implementation of the changed regime brought into play by s.69 then a different result would have been reached. Clearly the days of strict liability in the context of EL claims are at an end.

The duty to carry out a risk assessment created by the Management of Health and Safety at Work Regulations 1999 was specifically considered in the judgment. The judge noted that while a breach of the regulations would no longer be actionable, nevertheless an employer had a duty to ensure that workplace risks were properly assessed and controlled. While an actual risk assessment would be one way to show compliance, it would seem to follow that it would be open to an employer to show that the risk which had resulted in injury had been recognised and responded to in some other way.

Partner, Seema Bains represented CXK Ltd and their insurers along with Nigel Lewers of 12KBW 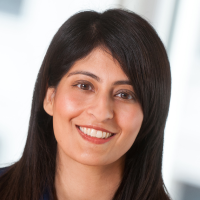