Are Claims Control and Co-operation Clauses illegal in Peru?

In this article we look at the legality of claims control and co-operation clauses ("CCCs") in Peru against the context of a fundamental principle of Peruvian insurance law, that is, that the payment of a claim under an insurance contract governed by Peruvian law should not be subordinated to any contract of reinsurance.

Our claims experience has shown that there is a lack of clarity on this area of the law for those providing reinsurance capacity into Peru with opposing counsel or reinsureds often maintaining that reinsurers have zero control because claims control and co-operation provisions violate the principle of non-subordination also known as the principle of autonomy. Additionally, in this context, we look at the recent regulation published by the Peruvian regulatory authority, the SBS, in Resolution 4706-2017 on reinsurance and coinsurance and try to identify what is next to come in Peru.

We start by examining what are CCC's?

CCC's are typically, but not exclusively, found in reinsurance contract wordings. As well as giving reinsurers the right to appoint third parties such as loss adjusters, they can also allow reinsurers to control all negotiations relating to the settlement of the underlying loss. Sometimes, these clauses are expressed as a condition precedent to liability, which means that the conditions in the clause have to be met before any payment obligation attaches to reinsurers. Claims control is a stricter version of its sister clause, claims co-operation – which quite often will only require the reinsured to keep the reinsurers appraised of developments in the underlying claim.

In short, these are provisions for the benefit of reinsurers customarily giving them advance notification of potential claims, access to information and might contain restrictions on the reinsured in respect of compromising claims.

So, why is there controversy over the validity of CCCs in the Peruvian insurance market?

The non-subordination principle in Peru

Article 139 of the Peruvian Insurance Contract Act is consistent with Article 322 of the General Law, and thus there has been no modification of the principle by the new law in Peru.

SBS Resolution 4706-2017 on reinsurance and coinsurance in Peru

The above regulation came into force in June 2018 and is applicable to insurers entering into reinsurance and coinsurance.

In part it provides that when a local insurer acts as a front, ceding 100% of the insured risk to reinsurer(s), the parties - insured, reinsured and reinsurer - may agree that payment by the reinsured for a specific loss or claim shall be granted only after it has received funds from the reinsurer. For this provision to apply, a clause stating the parties’ agreement and duties in case of loss must be incorporated in the insurance and reinsurance contract.

The purpose is to ease the financial burden on Peruvian insurance companies that are 100% fronting by making the payment obligation trigger on the claims decision and indemnity being recovered from the reinsurer. Subject to the precise contract terms agreed, the SBS regulation appears to provide for deferring the decision on insurance cover until the reinsurer has provided its opinion and make payment of the loss conditional on payment made by the reinsurer. How does this SBS regulation fit with the principle of non-subordination for the purists who argue that CCCs are illegal in Peru? In short, it is a financial provision designed to ease the financial burden on the reinsured having to fund the claim in the first instance. But moreover, it reveals that the SBS recognises that reinsurance plays an important role and reinsurance market practice of this type does not violate the principle of non-subordination.

What next from the SBS?

We are aware that the SBS in Peru has opened up consultations with local carriers and experts in Peru on the importance of CCCs and we anticipate that after such consultations, the SBS would issue regulation endorsing the legal standing of CCCs. 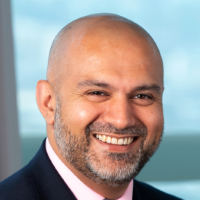