On 26 March 2018, the Organisation for Economic Co-operation and Development (OECD) reported that Australia’s anti-competitive sanctions were among the lowest in OECD member countries, prompting the Australian Competition and Consumer Commission (ACCC) to announce a potential policy change in how it polices competitiveness.

On 26 March 2018, the Organisation for Economic Co-operation and Development (OECD) reported that Australia’s anti-competitive sanctions were among the lowest in OECD member countries, prompting the Australian Competition and Consumer Commission (ACCC) to announce a potential policy change in how it polices competitiveness.

The OECD report notes that despite a legislative framework supporting higher fines, Australia’s financial sanctions for so called “antitrust” cases represent a small percentage of similar fines issued in the European Union, United States, the UK, Germany, Japan and Korea.

The report states that this is not due to any significant distinction in the capacity to levy penalties under the legislation, but rather the Australian approach in the Federal Courts of “instinctive synthesis”. This principle, derived from the criminal cases, sees all factors relating to the case aggregated and averaged to arrive at an overall position as to the appropriate level of penalty on a global basis. This is distinct from a systemic (or “step-by-step”), approach, in which particular elements of an offence attract specific penalties, which are then subject to modification.

Section 76 of the Competition and Consumer Act 2010 sets out:

as factors to be taken into account by the Court in assessing penalty, but does not prescribe these as the only relevant factors.

It was suggested by the OECD that whilst nothing in this list of factors or the Court’s discretion created a “hard barrier” to higher penalties, the absence of step-by-step thresholds and guidelines for calculation meant that the broad exercise of discretion fell back on the instincts of the Court and the presentation of comparable precedent cases. This, it found, suggested a situation by which earlier “low” penalties created a precedent by which similar conduct should incur a similar penalty, notwithstanding changes in public policy in relation to cartel conduct or advancements in other jurisdictions. Particularly, Australia is relatively unique in not beginning its calculations in respect of cartel conduct by direct reference to value of turnover or the overall value of commerce affected by the breach.

“The ACCC sees merit in considering the relevance of this baseline approach, noting that if it was applied in Australia, it would appear likely that firms with larger turnover would generally end up with much higher penalties.”

“We will reflect carefully on the report, including the OECD’s suggestion to consider developing penalty guidelines, similar to the approach taken by the other OECD jurisdictions.”

The competition space should be monitored carefully for any developments, particularly for large scale international investors interested in entering the Australian marketplace.

The full report can be read here 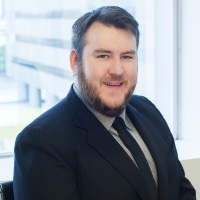