In the recent appeal in Pook v Rossall School, the High Court considered the nature of the duty schools owe to their students and the circumstances in which the courts should interfere with the school's assessment of the risks. David Woolley who was instructed to act on behalf of the school and its insurer RSA, outlines the key findings.

The appeal concerned an accident involving a 10 year old girl during a hockey lesson for primary school aged students. It was the claimant's pleaded case that she was running with other pupils towards the Astroturf pitches. As she ran across a muddy area her feet slipped from under her and she fell backwards striking her right elbow on the kerb and sustaining a serious fracture. It was accepted by all parties, including the claimant, that the muddy area where the accident happened was not inherently dangerous.

The claimant alleged she was running when she fell, was out of sight of the teaching staff at the time and was expressly permitted to run by the teaching staff. It was therefore argued that it was for the court to consider whether, by running, the risk of injury had been increased and, if so, whether the increased risk could be justified. In the absence of any proper justification for running, the pupils should have been instructed to walk, and had she been walking the accident would not have occurred.

The judge on the appeal, Mr Justice Martin Spencer QC, acknowledged "the enhanced duty which institutions such as schools and hospitals owe to those in their care who are vulnerable whether because they are patients and ill, or because they are children and young" and that "the duty goes beyond that of a parent at home with responsibility for the care of his or her family". The enhanced duty arises from the vulnerability of those persons in the institution's care, the environment and, in the case of children, the nature of the interaction between the children. However, the duty of a school is not, as the claimant submitted, to reduce the risk to the lowest level reasonably practicable.

The appeal judge agreed with the defendant "that whilst there are some risks which no reasonable school or teacher would allow a pupil to run (running in corridors between classes for example), and other risks which it will almost always be reasonable to allow a pupil to run (for example the risk arising from contact and other sports), there will be situations in between which allow for a measure of discretion and judgement on the part of the teachers. In those circumstances, the court should be slow to condemn a teacher as negligent and to substitute its own judgement for that of the teacher where the teacher can be expected to have knowledge of the school, the environment, the particular children in her charge and her experience."

He concluded, "I would be surprised if it is not the case that, in schools up and down the country, children are allowed to run to sports lessons unless, perhaps, the route takes them over busy roads or through an environment which is inherently dangerous. However, generally, it is not inherently dangerous for children to run as long as they are careful and to stop them from doing so when on their way to a sports session would be extremely difficult."

In Pook the teacher who was in charge of the lesson on the day of the accident had prepared the risk assessment. She was a highly experienced and respected teacher. On the day of the accident she was supervising a group of well-behaved school girls with the assistance of a teaching assistant and had previously instructed the claimant not to go on the area where the accident was alleged to have occurred. She was the best placed person to assess the risks and make the decision as to whether it was appropriate to allow the children in her care to run.

The appeal judgement should come as a welcome relief to insurers and institutions that care for vulnerable persons. The High Court has explicitly rejected the notion that the purpose of the risk assessment is to reduce the risk to the lowest level reasonably practicable. In recognising that, the High Court has confirmed that courts should be slow to interfere where there has been a proper assessment of the risk by the institution in question. 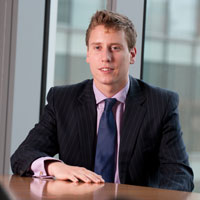