Steven Dawson examines proportionality in light of the recent decision in Reynolds.

Ever since the concept of proportionality was introduced to legal costs as part of the Woolf reforms, courts and legal practitioners have wrestled with what it actually means. It is fair to say that the Lownds test became cumbersome and did not achieve true proportionality. Arguably in response to this, as part of Lord Justice Jackson’s package of reforms, cases commenced after 1 April 2013 ceased to be subjected to the Lownds test of proportionality but instead to a new test set out in CPR 44.3(2)&(5):

(2) Where the amount of costs is to be assessed on the standard basis, the court will –

The problem with this test is that it is somewhat subjective, and so it is difficult – if not impossible – for practitioners to advise their clients as to the likely impact and results of proportionality arguments. It was anticipated that there would be judicial guidance from the Court of Appeal; and indeed in an interview with this magazine earlier this year (see Litigation Funding, April 2018, page 6), Lord Justice Jackson referred to the drawback of the current lack of a cluster of cases in which that could be given.

We are now almost six years down the line and still there is no Court of Appeal guidance as to how to apply the ‘new’ test of proportionality. But pending a decision by the appeal court, the recent case of Reynolds v One Stop Stores Limited (Norwich and Cambridge County Courts, 21 September 2018) has provided some guidance as to process - if not certainty as to the likely results.

The claimant suffered a wrist injury at work and intimated a claim in November 2012. The defendant made an early admission of liability, and in November 2013 offered £35,000 to settle the claim. The claimant rejected the offer and issued proceedings in July 2014.  The litigation continued for the next three years and in March  2017 the claimant applied to increase the value of the claim up  to £300,000.

The claimant claimed to have suffered a soft tissue injury with consequential physical impairment, chronic pain, depression and anxiety. There was expert evidence in pain management and psychiatry, and the extent of the disagreement between the experts remained such that they were due to give oral evidence at the trial listed for October 2017. However, at the door of the court, the parties reached settlement in the sum of £50,000.

At the detailed assessment, District Judge Reeves agreed, on request by the parties, to deal with arguments in relation to proportionality only after a line-by-line assessment of the costs incurred prior to the budget, and a review of the budgeted costs. The result of the initial assessment produced a provisional base figure of £115,906. He did not depart from the budgeted sum, not being satisfied that there was good reason to do so under the test in Harrison v University Hospitals Coventry and Warwickshire NHS Trust [2017] EWCA Civ 792.

In his assessment of proportionality, the judge took account of the following features of the case:

The judge said: ‘So, I am left with a situation where the claimant has overstated their case; has increased the value of their claim; has fought it on the basis of £300,000; has had it cost budgeted having increased the value on £300,000; and then on the day of trial has accepted a much reduced figure than it was originally seeking.’ He therefore revised the award of base costs to £75,000, which amounted to a further 35% reduction.

The claimant sought to challenge this decision on four grounds:

Sums in issue: The judge had erred in considering proportionality with reference to the settlement of £50,000.

Complexity: The judge had erred in finding the litigation not complex having regard to the multiple experts.

Conduct: The judge had wrongly failed to recognise that the litigation had been prolonged by the conduct of the defendant because it only substantially increased its offer at the door of the court.

Approach: The judge had wrongly treated the issue of proportionality ‘as a discretionary one rather than an issue of judgment’; had failed to ‘attribute appropriate weight’ to each of the five factors in CPR 44.3(5); and had reduced the award on an arbitrary basis.

Dismissing the claimant’s appeal and finding each ground of appeal failed, HHJ Auerbach made the following findings:

Sums in issue: The judge should form an objectively reasonable view of the sums in issue. There is no rigid way of approaching this, but it should be based on all of the material available when the assessment is conducted. ‘Only if they draw on irrelevant considerations, omit relevant considerations, or otherwise reach a perverse view, should an appellate judge intervene. If the judge had only taken into account the settlement figure, that would have been wrong, but he had not done that. He was aware of the divergent medical evidence, the credibility issues and the offers that had been made.

Complexity: The court should therefore consider it by reference to whether the litigation was complex, in ways that could reasonably be expected to have an impact on costs levels. The claimant had argued that the features of the medical evidence in this case - the changing view of one expert and the extent of the disagreement between the parties – had made the litigation complex. In rejecting this argument, the judge had been aware of these features and in determining that they did not make the litigation complex he had reached a reasoned view, again based on all the issues.
Conduct: The claimant argued the increase of £15,000 above the defendant’s earlier offer was significant, both as a percentage and on a financial basis. HHJ Auerbach concluded that the judge had not found the defendant’s conduct unreasonable in the context of all the circumstances, including the claimant’s overall approach to the litigation.
Approach: The judge had not erred in considering proportionality at the end of the assessment. He had properly considered the relevant factors in CPR 44.3(5) and had explained how they interacted and fed into his decision. He ‘was not bound… to apply some mathematical formula or algorithm, to arrive at the final costs figure’ and the relevant question on appeal was ‘whether the figure he arrived at – £75,000 – was consistent with the evaluative conclusion he had come to in his decision thus far.’ On this, HHJ Auerbach held:

This appeal has considerable similarities to the appeal in May v Wavell Group Ltd (unreported, County Court Central London, HHJ Dight, 22 December 2017). In that appeal, HHJ Dight said: ‘I doubt… that the proper interpretation of the rules requires or indeed entitles a costs judge at the end of an item-by-item assessment to impose a very substantial reduction on the overall figure without regard to the component parts.’ However, that was in circumstances where Master Rowley had reduced a bill that had been assessed on an item by item basis at £99,656 to the lower figure of £35,000 + VAT. HHJ Dight considered that Master Rowley had misdirected himself as to the factors relevant in that case. Despite that earlier comment, HHJ Dight, sitting with Master Whalan as an assessor, did go on to reduce the claimant’s costs to what he felt was a proportionate figure of £75,000, which represented a reduction of 25%. What is clear from both judgments is that the court at detailed assessment should pay considerable attention to the factors set out in CPR rule 44.3(5) when making a determination on proportionality. Any reasoned and thoughtful decision based on the factors set out in this rule is likely to stand.

As highlighted, the CPR relating to the basis of an assessment expressly states (at r.44.3(2)): ‘where the amount of costs is to be assessed on the standard basis, the court will –

Therefore, if a judge has assessed a bill of costs, but still, after that assessment, considers the costs to be disproportionate, he must apply a further reduction to achieve a proportionate sum; and that reduction can be significant if all the factors in rule 44.3(5) are taken into account. If a judge’s power were limited to applying only a modest reduction for proportionality, this would make the proportionality rule otiose. As indicated, there is still no Court of Appeal guidance on the application of proportionality, and the Court of Appeal declined permission to appeal in May. In fact, you can count on the fingers of one hand the number of first instance and appeal decisions relating to proportionality, nearly six years down the line since the new proportionality test was introduced. However, at least until the Court of Appeal has the opportunity to consider the area, it seems clear that the Reynolds case should guide litigants and courts as to how to operate the test in the meantime.

It seems that if the Court of Appeal really wants to put the proportionality changes – a key part of the Jackson reforms – into practice, it will have to bite the bullet and not only give permission to appeal, but then to go on and deliver a useful judgment, no matter what the fallout might be. This is no more than what Lord Justice Jackson had envisaged. 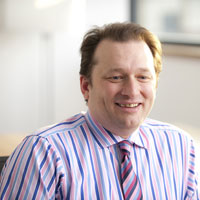