Birmingham bombing suspects are not to be named

A coroner's decision to disallow the names of alleged suspects into evidence was not unlawful, as it accorded with the statutory scheme in place under the Coroners and Justice Act 2009.

On 21 November 1974, 21 victims were killed following the bombing of two Birmingham city-centre pubs. The bombings were widely considered to be the work of the IRA, and in the following year six defendants with alleged associations to the IRA who were infamously known as 'The Birmingham Six' were convicted for 21 counts of murder. As a result of those convictions, the inquest into the victims' deaths was not subsequently resumed.

Following 17 years of imprisonment and numerous appeals, the convictions against The Birmingham Six were quashed in March 1992 due to doubts raised in respect of the scientific evidence relied upon by the Prosecution and the credibility of witnesses for West Midlands Police.

In 2015, a successful application was made on behalf of the bereaved families to reopen the inquest into the deaths of the victims. The inquest was then resumed on the basis that the coroner's investigative duty under Article 2 of the European Convention on Human Rights ("ECHR") was engaged, due to allegations that the State had advanced warning of the bombings but failed to take all reasonable steps to avoid loss of life and injury.

When identifying the scope of the inquest, Coroner Sir Peter Thornton QC identified several issues, including that of the 'Perpetrator Issue' i.e. whether information directed to identifying those who planned, planted, procured and authorised the bombs should be introduced in evidence. On the basis that such evidence fell outside the remit of a lawful inquest, the coroner refused to allow its inclusion.

Unsatisfied with this omission, Julie Hambleton (the sister of one of the youngest victims of the bombings) brought a judicial review action on behalf of the bereaved families. In January of this year, the High Court quashed the coroner's original decision, holding that he had failed to pose the correct question when reaching his decision: the question should be "whether the factual issue of the identity of the bombers (and those that assisted them) was sufficiently closely connected to the deaths to form part of the circumstances of the death”. The matter was therefore remitted to the coroner to retake his decision in light of this finding.

However, on 26 September 2018 following an application by the coroner, the Court of Appeal was asked the question of whether his decision not to explore the Perpetrator Issue was indeed lawful.

The Court of Appeal concluded that the coroner's decision to exclude the Perpetrator Issue was not unlawful and was in fact in accordance with the statutory scheme in place under the Coroners and Justice Act 2009 ('CJA 2009'). The court found it difficult to criticise the coroner for making an "unlawful decision" by refusing to explore a question which he was strictly prohibited by statute from answering.

Purpose of an inquest

Under section 5(1) of the CJA 2009 the purpose of an inquest is to answer four statutory questions: (1) who the deceased was, and (2) how (3) when and (4) where the deceased came by his or her death. The role of the coroner, or jury, at an inquest is to make a determination on solely these four issues, and coroners are not permitted to express opinions on anything outside of this remit.

During the resumed inquest, the coroner sympathised with the bereaved families' feelings of injustice that no perpetrators had been held to account. He appreciated that they were hoping to explore many unanswered questions during the inquest in order to obtain a sense of closure. Despite this, the coroner advised that an inquest must "(a) comply with the law and (b) focus upon the 4 statutory questions". In considering the Perpetrator Issue, he feared that the inquest would be rendered unlawful by virtue of the fact that it would explore issues outside of the four statutory questions.

The Court of Appeal agreed with the coroner's position and highlighted the marked distinction between an inquest and a criminal investigation; whilst the latter seeks to identify those suspected of a crime and to bring them to justice, an inquest solely seeks to answer the four statutory questions. The court held that the scope of an inquest does not require all matters touching upon the broad circumstances of a deceased's death to be explored, including the Perpetrator Issue.

During its judgment, the court also highlighted that it is the police who are afforded the role of investigating suspected homicides. In this case, West Midlands Police had satisfied this duty through their comprehensive extensive criminal investigations, inquiries and reviews of evidence. It was stressed that there is no such legal duty imposed upon coroners to undertake further fresh investigations when previous police investigations prove fruitless in producing a suspect. In fact, by imposing such a duty upon a coroner, this would be "entirely unsuited to the inquest process and its limited resources" as a coroner's court "does not have the resources of an independent police force".

Under Section 10(2) of the CJA 2009, any determination on the four statutory questions must not be framed in such a way so as to appear to determine questions of criminal or civil liability.

The underlying reason for this is the interest of fairness; the legal system affords those subject to criminal proceedings various safeguards (such as a clear statement of their alleged crime and an opportunity to respond formally to those allegations) so as to ensure that all defendants receive a fair trial. These safeguards however are not granted to those concerned in an inquest, and therefore a coroner's court would not be a fair arena for questions of criminal liability to be explored.

In light of Section 10(2) of the CJA 20019, an inquest may explore facts in order to explain whether a person was unlawfully killed, but the identity of perpetrators potentially responsible for that unlawful killing is not a question that an inquest needs to address.

As a result of the statutory scheme in place under CJA 2009, the court determined that the coroner and the jury were prevented from naming anyone that they considered to be responsible for the bombings. To allow the identity of the suspects to be discussed at the inquest would suggest that the role of an inquest is that of a proxy criminal trial.

Moreover, had the inquest included the Perpetrator Issue within its scope and made a determination that suggested criminal liability could attach to The Birmingham Six, this would run contrary to Schedule 1 Paragraph 8(5) of the CJA 2009 which holds that any determination made must not be inconsistent with the outcome of the criminal proceedings; in this case, the quashed convictions of The Birmingham Six.

The outcome of this case is understandably frustrating and disappointing for the bereaved families. Forty years on all avenues to securing criminal liability have been exhausted. However, as stated in the judgment, the fact that extensive criminal investigations have not delivered convictions does not begin to establish that proper investigations have not been carried out.

The key points to be taken from this judgment is the distinction between the procedural obligation to investigate deaths for which the state may bear responsibility and the more general obligation to enforce the criminal law. Inquests are a fact-finding exercise, focused upon answering four statutory questions alone. They are not (and should not) be a criminal investigation to apportion guilt or adversarial arena to consider questions of criminal liability, when those roles are already exclusively allocated to the police and criminal courts. 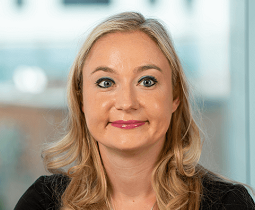