Graham Smith, who acted for QBE, brought proceedings in the tort of deceit against Kelly and Lewis to claim back the monies that QBE had paid out, believing their claims to be genuine, looks at the case of QBE v Kelly and Ors (2017). The Defendants were also ordered to pay the Claimant's costs on the indemnity basis.

QBE instructed an engineer to carry out an inspection of the First Defendant's vehicle, who was also able to review some good quality photos of the Third Defendant's vehicle, which was unavailable for inspection. Whilst the engineer did not discount the possibility that the two vehicles had been in collision with each other, he was of the view that the damage to the vehicles could not have been caused in the way suggested and that  damage had been occasioned to both vehicles that did not tally with the way the accident had been described by them.

QBE issued proceedings, brought in the tort of deceit, for repayment of the sums paid to the First and Third Defendant. The Defendants insisted that the accident was genuine and disputed the findings of the engineer, producing a report from their own engineer. They also called evidence from a witness, Michael Costello, who claimed to have been walking near to the locus when the accident took place.

The tort of deceit

The tort of deceit involves a false representation made by a defendant, who knows the statement to be untrue, has no belief in its truth, or is reckless as to its truth, when the defendant intends that the claimant should act in reliance upon the representation. Whilst a claimant bringing such a claim must do so on the balance of probabilities, any finding of liability must be made upon clear, cogent and reliable evidence.

Having heard the evidence, HHJ Peter Gregory concluded that the First and Third Defendants had not been involved in the road traffic accident alleged. They were "vague and unhelpful as to key aspects of the accident circumstances and its immediate aftermath" said the Judge.

The evidence of Mr Costello was not believable and was contradictory and he knew both the First and Third Defendants. Costello had been "…regrettably recruited to bolster the defendants' case".

The Third Defendant's statement to the investigator had been "deliberately designed to promote the idea that a genuine accident had occurred" and "littered with untruths and calculated to create the impression that the First and Third defendants were complete strangers".

The Judge accepted the Claimant's engineering evidence, which stated that the "degree of damage to the two vehicles is not consistent with the accident circumstances alleged" and had been deliberately inflicted.

The Judge could not accept that the personal injury solicitors could have brought a claim on behalf of the First Claimant without the First Claimant instructing them to do so. Indeed, the First Claimant eventually conceded that they had been instructed through a friend of a friend. The level of detail in the CNF was considerable and could only have been possible with his specific instruction.

Bringing a claim in the tort of deceit is a difficult undertaking but the Claimant prevailed here, even though the claim was defended all the way to trial, with the Defendants going to the extent of calling expert evidence to challenge the Claimant's expert evidence and recruiting Costello to bolster their claims.

An initial financial triage by DWF using their groundbreaking "Predictor" insurance recovery tool made sure that the Defendants had the ability to repay the sums – with wide business and property ownership being identified.

Initial intelligence was crucial in identifying the link between the Defendants and the engineering evidence was also crucial in spite of the fact that one of the vehicles had been disposed of. Counsel Brian McCluggage was dogged and determined in his forensic examination of all witnesses and the logical and clear presentation of evidence acquired by DWF certainly helped the Judge to his findings.

The Claimants were able to recover all of their losses, including an amount that represented the time that they had spent investigating these claims, in the sum of £2,500. With costs, the total amounts that will have to be paid by the Defendants are over £120,000. To date almost £50,000 has already been recovered from the Defendants.

For further information about this case and our groundbreaking recovery tool, Predictor please contact Graham Smith on 0151 907 3440 or by email graham.smith@dwf.law 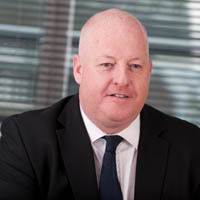