BT fails to switch pension increases from RPI to CPI

The High Court concludes proposed switch from RPI to CPI is not valid on the basis that RPI has not " become inappropriate" as a measure of increase.

The Court decided it was an objective question for the Court to determine whether RPI had become inappropriate.

The ordinary meaning of "becomes inappropriate" set a high hurdle to overcome. For example, if RPI was universally regarded as inappropriate for all other uses, but remained appropriate for measuring pension increases, it would nevertheless remain appropriate for the purpose of the increase rule i.e. to protect pensions against increases in the cost of living.

The Court considered the criticisms levelled at RPI and the fact the government has abandoned the formula as an official measure of inflation. But the Court concluded this did not make RPI inappropriate for the purpose of increasing pensions. In particular, the Court noted:

The fact that jettisoning RPI would have led to a material risk for the pensioners demonstrates the Court's openness in considering more generally the protective purpose of the increase rule.

Trustees managing schemes with pension increase provisions that adopt similar wording should consider whether RPI is wholly inappropriate to increase pensions and not merely less appropriate than an alternative measure. Trustees need to assess the primary purpose of the increase rule, without regard to wider views about RPI.

Much like the test for "replacement" in Barnardo's it seems that finding RPI to be "inappropriate" will be a very difficult test to meet short of RPI being discontinued altogether. 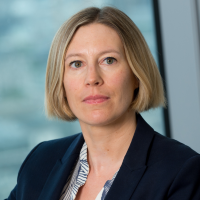